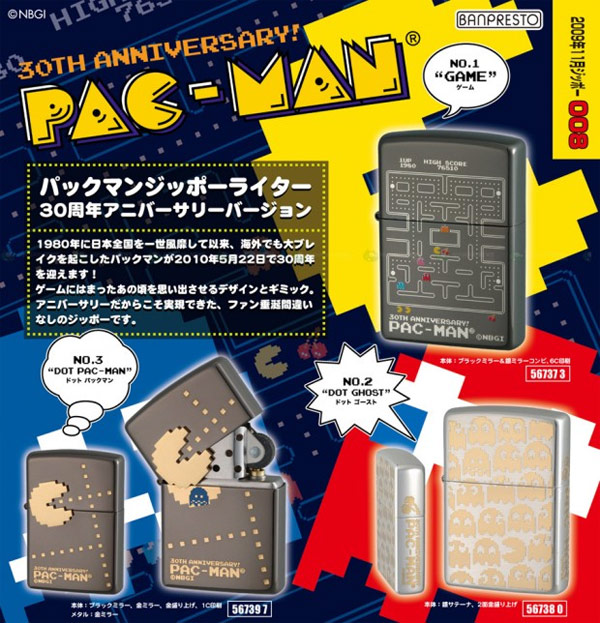 30th anniversary Pac-Man lighters, just the thing to hand down to the grandchildren someday.  Oh, tie-in merchandise. Never change–particularly if you look this spiffy. I’m not a big fan of lighters or anything (is anyone?), but I have to admit that these Zippos are sporting a pretty nifty design. I think I’m particularly fond of the simplicity of design #3, though #1–“Game”–is pretty nice.

Pac-Man’s actual 30th anniversary isn’t until next year, but it looks like people are gonna start early by getting a jump on the other celebratory gear. All hail a year of Pac-Man! I’m for it.