Better Than Bento? the Rubik’s Cubewich

We’ve seen some pretty badass bento around here, but nothing quite like the Rubik’s Cubewich, a puzzling and meaty creation that’s almost too clever to be eaten. Almost. 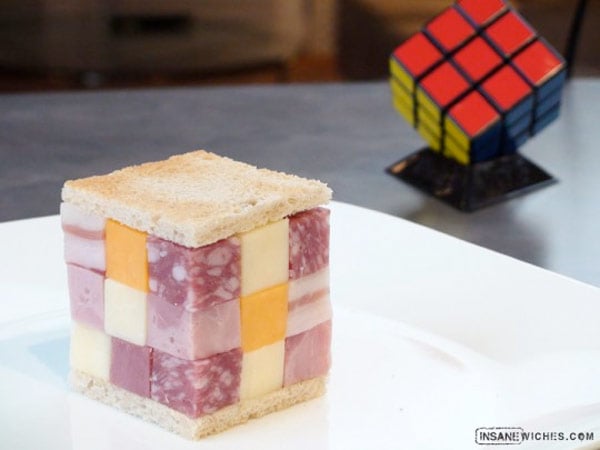 Salami, kielbasa, cheese, bread–there’s all sorts of goodness in this cubewich! It’s got everything but real puzzle factor, because I’m sure if you tried to turn it, the whole thing would just fall apart, and that would be a waste. Guess you’d just have to eat it instead.

I’ve been trying to think of other foods you could do this with besides fatty and processed meats and cheeses, and I’m drawing a blank. I guess you could cube come chicken, but would it be the same?