I have fond memories of playing with a Lite-Brite when I was growing up. As a matter of fact, I can’t get that damned commercial out of my head at the moment. Of course, most of those childhood memories were those of frustration from either losing half of the colored pegs between the couch cushion, or my complete inability to create anything other than the barely legible text “Lite Brite” made up of pegs. Now that I’m well into adulthood, I get another shot at doing something more creative with one, thanks to this nifty Lite-Brite on steroids. 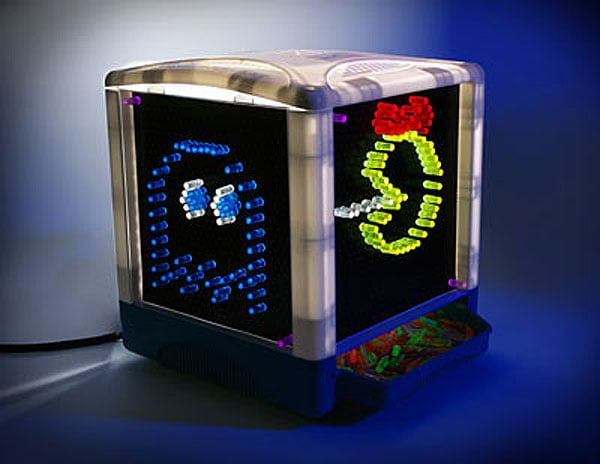 The Lite-Brite Cubed joins four of the perforated, illuminated panels together to form a canvas onto which you can put your own pixelated art. Each cube comes with over 400 colorful pegs and even has a handy drawer for you to store them in – so maybe you’ll have less chance of losing them this time around. And for the record, kids – those colorful pegs not only do not taste good, they shouldn’t be fed to your little brother, or stuffed up your nostrils either.

You can grab the Lite-Brite Cubed over at ThinkGeek