Nuka-Cola is the popular soft drink from the megahit video game Fallout. Not only is it tasty, it can also restore a small amount of health. It can even be used to make drugs and grenades. As an homage to this very useful beverage, Kotaku reader Tugrik and his friends revitalized a beat-up 1970s vending machine to make it look like a beat up Nuka Cola vending machine! 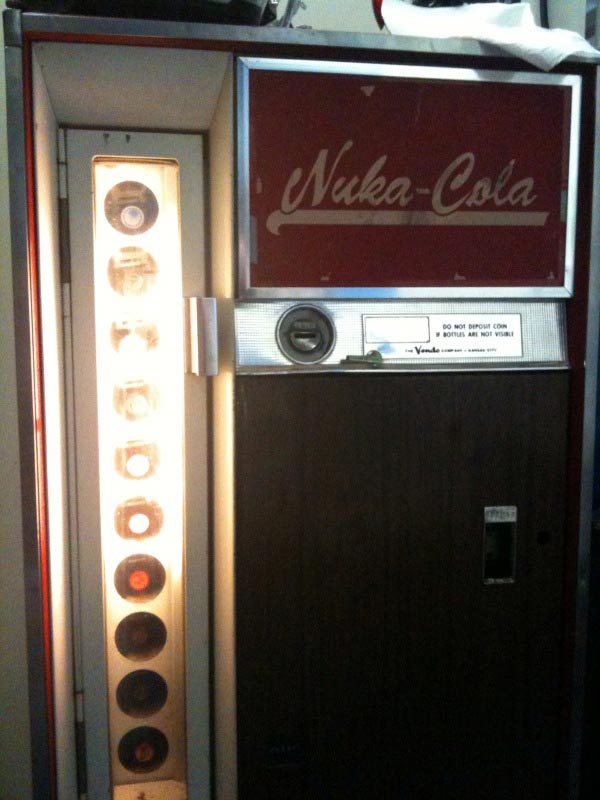 Here’s a side view of the machine: 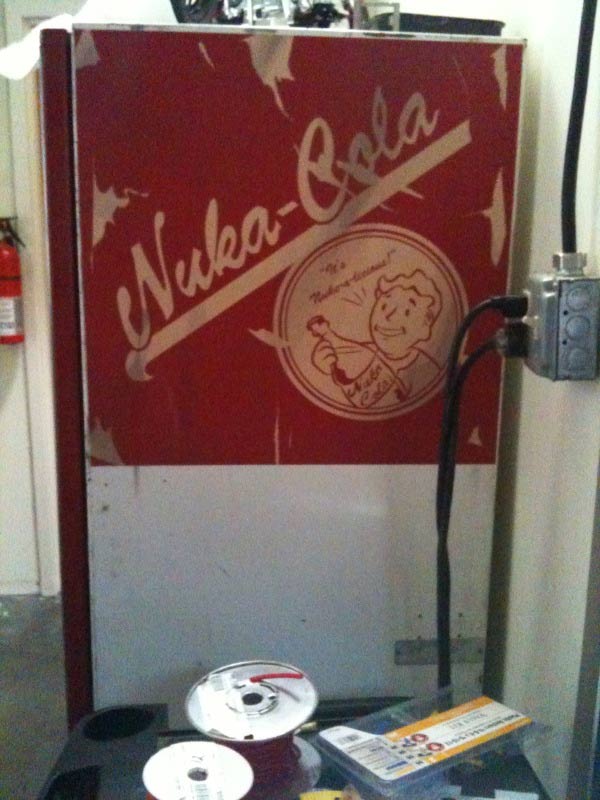 Unfortunately, Tugrik doesn’t go into the details of the machine’s geekification, saying only that “We just dressed it up for a shop party this weekend on a whim. :) The machine is an old Vendo96 with stickers designed by my friend Peggy and printed on our large-format printer.” And what’s a Nuka Cola vending machine without Nuka Cola? 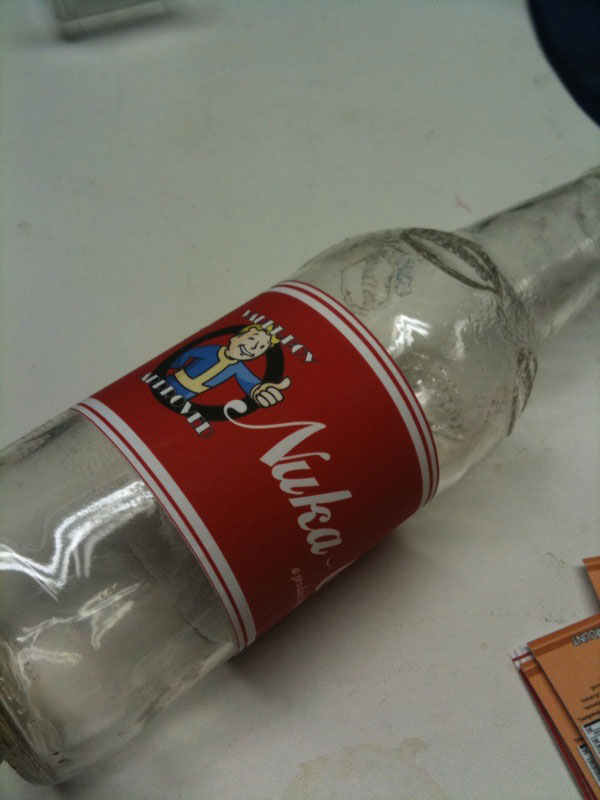 They even have the glowing Nuka Cola Quantum! 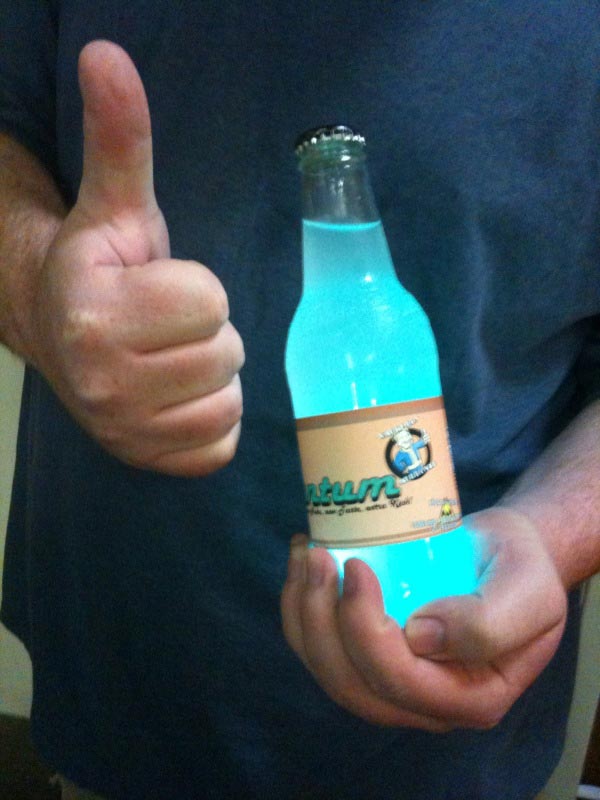 Unfortunately Tugrik et al don’t have the Quantum Chemist perk, so that’s not a real glowing Nuka Cola Quantum. That’s just a Lemonade bottle with an aqua blue LED taped to its bottom. Still looks awesome though! Check out the rest of Tugrik’s pics here.