Prisoner Inventions: Seems Like We Locked Up a Lot of Macgyvers

Going to prison is a bit like being a kid again, because you’re denied a lot of things. But most kids are largely content with make-believe toys and scenarios and even imaginary friends. Adults, on the other hand, won’t stop until they find alternatives. Just give them enough time and the proper motivation. Sloshspot features some prison inventions, ranging from the harmless to the — let’s just say MacGyver would never even think of building some of these things. 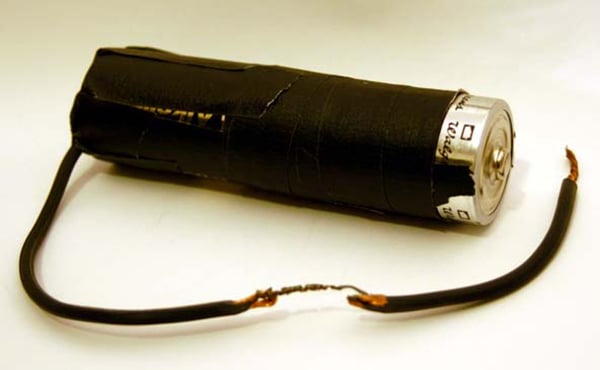 That’s a cigarette lighter, a simple hack made of a battery, duct tape, and a piece of wire. The picture is from temporaryservices.org. We already featured their book before, which is also about prison inventions. Next up we have a tattoo gun (image from TownNews). Obviously a portion of inmates don’t acquire their tats before or after their time in jail, but I doubt if prison officers would let them have real tattoo guns. 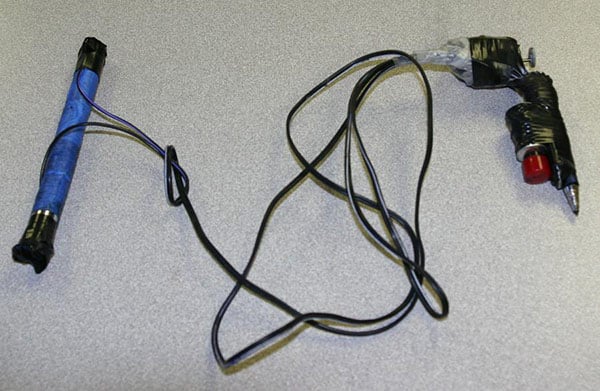 The tattoo gun pictured above is made of batteries, a small motor (perhaps the one that’s found in toy cars?), a needle, a pen casing, and some ink. I don’t have a tattoo and I’ve never seen a real tattoo gun, so I don’t know if this one inflicts more pain than the real thing. Anyone have an opinion on that? 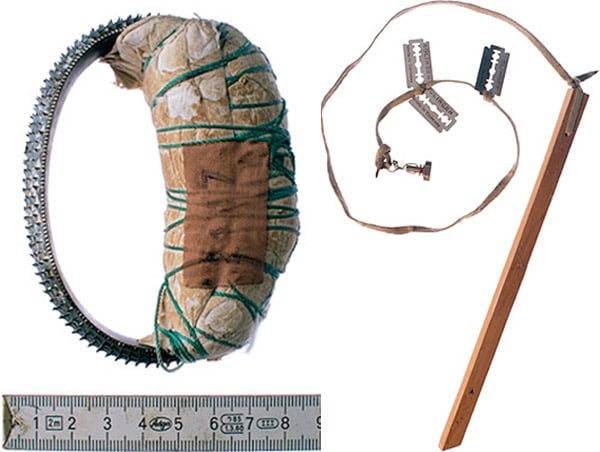 And finally we have these inventions featured in Marc Steinmetz Photography, the necessity of which I don’t want to think about. The one on the left is a knuckleduster, made using a rasp (coarser version of a file, usually used in woodworking), some cloth and strings. It was found in a prison cell in Wolfenbüttel, Germany in 1993. The one on the right is from the ‘Santa Fu’ jail in Hamburg, Germany. It is what it is – a whip, and I don’t think I need to elaborate on what it’s made of and what it’s made for. Although I do agree with the sloshpot article writer that it’s more of a psych-out weapon, compared to the knuckleduster, which is more of a skin, flesh and bone-out weapon.

There are a few more inventions featured in the original article. What would you invent if you were in prison?