To Boldly Go Where No Baby has Gone Before

If you have children in your life (or are just a Halloween junkie!), you’ve probably begun to notice that retailers are already loading up on the candy and gear, and that means the question of those pesky costumes is looming over your head. One geek mom, however, got a jump on the holiday with a simple-yet-cool take on a classic: the Starfleet uniform… for babies. 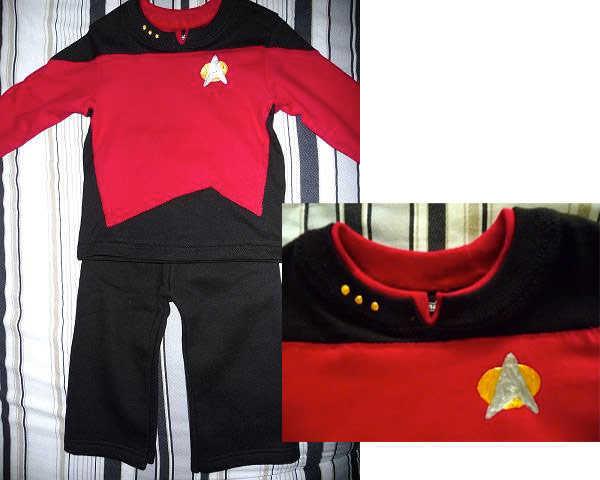 Maker Rinnial’s daughter will match her father this Halloween, as he’ll be similarly clad. This mini uniform is from the Star Trek: The Next Generation era, when apparently it was totally cool for toddlers to run things in space. One of those little skirts from the original would have been cute, too, though.