While Apple may have crammed everything but the kitchen sink into their new iPod Nano, one thing it doesn’t have is a haptic touchscreen. But this portable media player from Latte has one, and now it can be had for less than a single Benjamin. 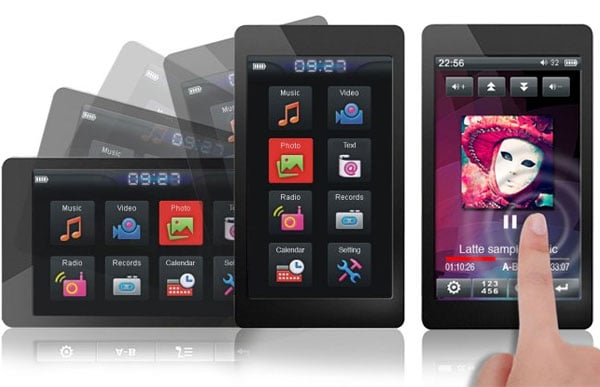 Of course, the 16GB Latte Espresso PMP can play music and video files, but it’s also got a touchscreen with tactile feedback, so you can actually feel a pronounced “click” when you interact with buttons and controls on the screen. The media player also features a “G-sensor” which automatically rotates the apps and display to match the angle of the player’s 3-inch (420×240 resolution) display. 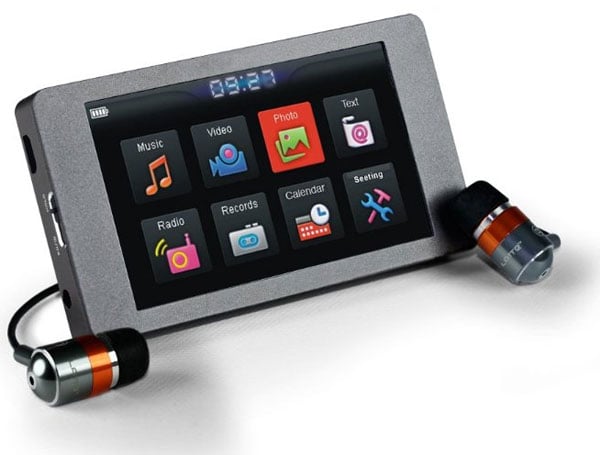 Audio formats supported include MP3, WMA, FLAC, APE, OGG, and AAC (without DRM). Video can be played back in AVI, WMV, RM, RMVB, 3GP, MPG, MP4 or FLV formats. There’s also a built-in FM radio, but it doesn’t receive HD radio or RDS information like other the new Zune HD does. But what do you want for $99 bucks? On the other hand, it can actually broadcast its audio signal to a nearby FM radio without any extra hardware. 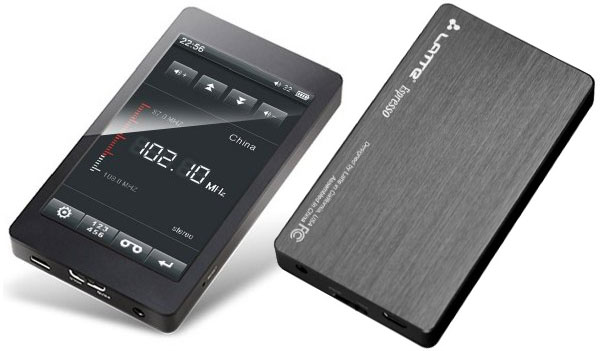 As is often the case with these jack-of-all-trades media players, it also includes other miscellaneous apps like voice recording, a text reader, a stopwatch and a photo browser, but none of them sound like anything special.

Released earlier this year with a list price of $199 (USD), you can now get your hands on a Latte Espresso over on Amazon

for just $99.99. If you’re wondering if you should take the plunge, 4dthinker has a detailed review of the Latte Espresso, along with all its pros and cons.