The recent Muramasa: The Demon Blade has been well received amongst Wii fans and critics alike–so well received, in fact, that Muramasa has already joined the ranks of such games as BioShock. By that, I mean someone’s modeling their lunches after the action RPG. 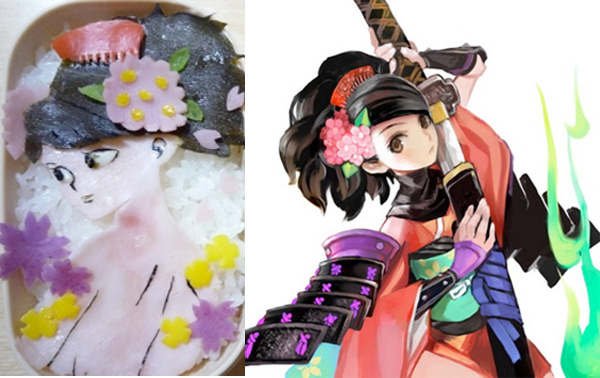 An excellent likeness, which makes it a perfect homage to an excellent and beautiful game. Haven’t played it? Have faith–Muramasa is probably worth your time. After all, if someone is willing to eat (a likeness of) it, it must be good… and tasty.

Though, uh, and maybe I’m wrong here, I’m thinking Momohime may be wearing more clothing in the official artwork version than she is in the lunchbox rendition. Maybe the official Momohime can lend the other a few layers of fabric.