Lenovo’s new IdeaCentre Q100/Q110 PCs (how British of them) are the first of a new breed of ultra-compact “nettop” PCs from the computer maker. 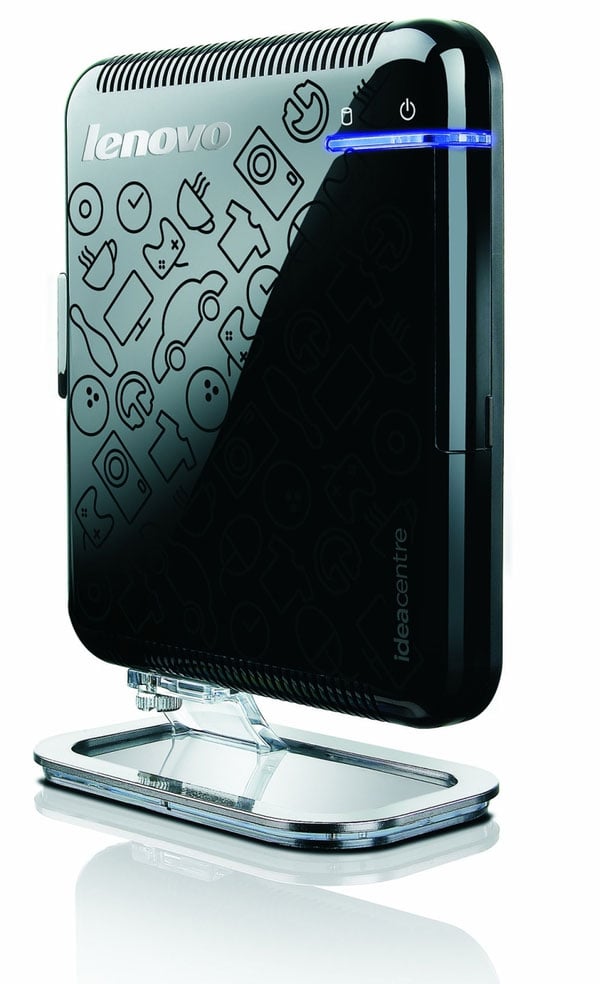 The Q100 has a really svelte design and fits neatly on any desktop. It runs on an Intel ATOM 230 1.6Hz processor, and comes with 1GB of RAM and a 160GB hard drive built in. The tiny computer ships with Windows XP, but I’m hoping it’ll be powerful enough to run Windows 7 when it comes out – of course you never know. 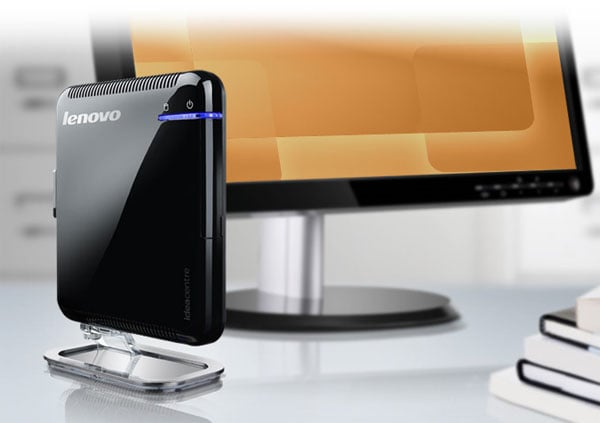 The Q110 ups the ante by adding an NVIDIA ION GPU and 2GB of RAM (expandable to 3GB), a 250GB hard drive and a 1080p capable HDMI video output and ships with Vista Home Premium 64-bit edition. Both models come with Gigabit Ethernet, but unfortunately no Wi-Fi. Each system comes with a desktop stand or can be mounted on the back of a monitor using a VESA mount bracket. 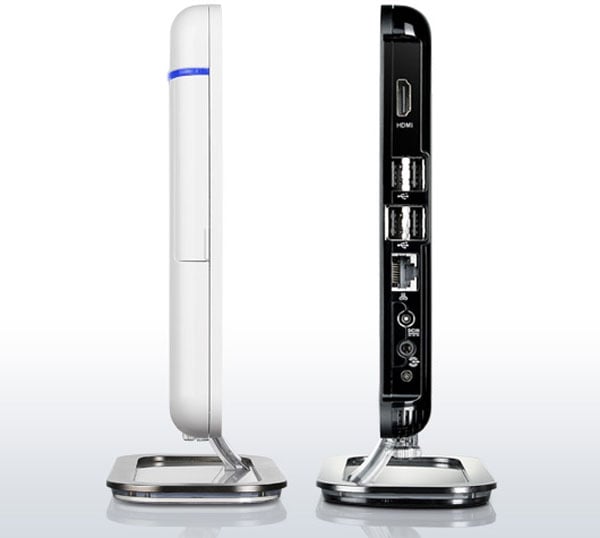 Prices for the IdeaCentre Q100 start at $299 (USD) and the Q110 starts at $399, and the systems should start shipping a little later this year. Both Systems are available for pre-order over on the Lenovo website. 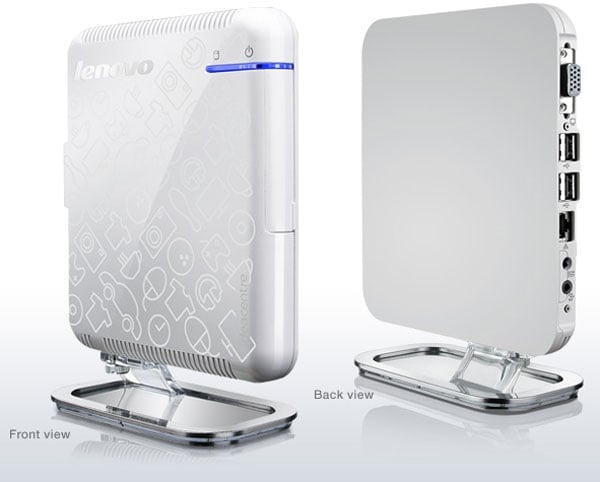 Of course, when I say “complete PC,”  I mean something that can run programs such as web browsers, office applications, e-mail, and other basic gaming applications – not something you’d try and play Crysis on. That said, the Q110 does have a pretty beefy graphics chips, and a bit more RAM, so it might be up the the task of playing some 3D games and could work as a compact media PC.