As far as custom controller go, this particular project isn’t loud (though yeah, bright), it isn’t overdone, and it isn’t sparkling with a bank of flashing lights… and that’s probably why the final effect is so entirely sleek and professional. 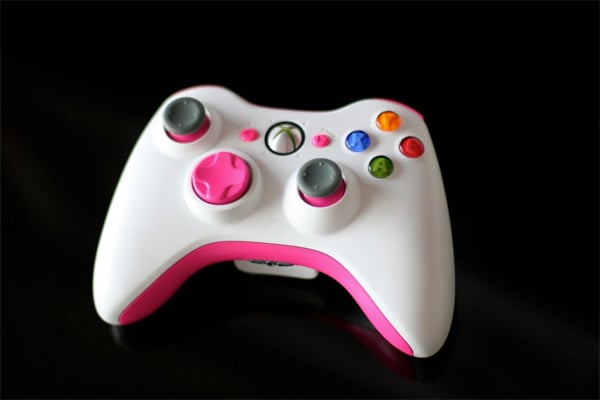 Flickr user 4apples posted pictures of this controller project, stating that he completed this (sans the LEDs that he’ll add later) as a gift for his girlfriend, who wanted a “special” controller. Congratulations, unnamed girl. Your man is thoughtful and talented.

But as impressive as the finished project is, I really like this picture of the painted pieces. So many of the custom paint jobs I’ve seen end up looking a little sloppy, or the paint just isn’t quite right. Here, you can really see how nice each individually painted piece looks. 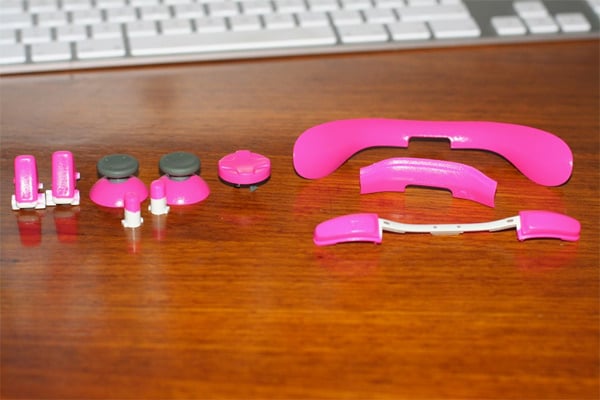