Curious and/or impatient techies! An early developer build of Google (Google’s?) Chrome OS – which was just formally announced – has been unleashed on the Internet for those who want to take an early early early peek at what I like to call the BrOSer. From what I’ve read about it Chrome OS basically offers lightning quick start up times and… the Chrome browser. I’m sure it will appeal to a portion of humanity, but not to yours truly. Although I know that I’ll give in and download the damned thing anyway. 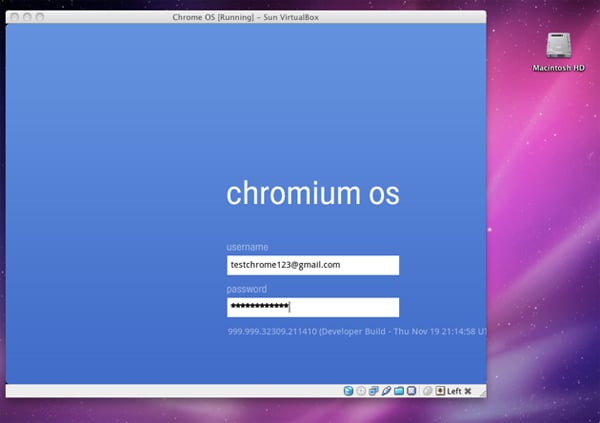 As TechCrunch‘s Jason Kincaid said, you’ll only need three things to run the OS in your system. First you’ll need a Google Account ID, e.g. a Gmail account. Second, you’ll need the disk image itself, which you can either download via torrent (clicking that link will download the torrent file) or at gadget site gdgt. Finally, you’ll need VirtualBox, a free cross-platform virtualization program, although I see no reason why commercial alternatives like VMWare Fusion wouldn’t work. 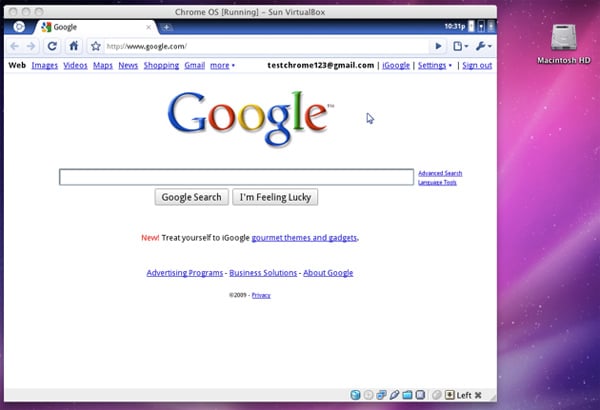 If you’ve tried creating virtual machines before, the steps for installing Chrome OS are pretty straightforward. Just select Linux as the operating system and Ubuntu as the version, then choose “use existing hard disk” when asked which boot hard disk to use, next, next, next… and voila! You just installed the Chrome browser the hard way. Check out the full article at TechCrunch if you want a more detailed walkthrough.

Darth Vader Chrome Ceramic Mug: The Shiny Side of the Dark Side of the Force
Home Subscribe vis RSS Feed
« Previous
Next »