Tina Roth Eisenberg – more popularly known around the Internet as Swiss Miss – and her friends recently launched a web-based to-do app called TeuxDeux. Upon creating an account (it’s free for the time being, but Eisenberg admits that they may have to charge a “minimal fee” in the future to cover for upkeep) you’re immediately presented with the days of the week, each with a text box and a row of blanks. Even after all the things that I have seen in the course of writing for technabob, I still have enough faith in the human race to assert that no one is stupid enough to not know what to do with TeuxDeux. It’s that easy to use. 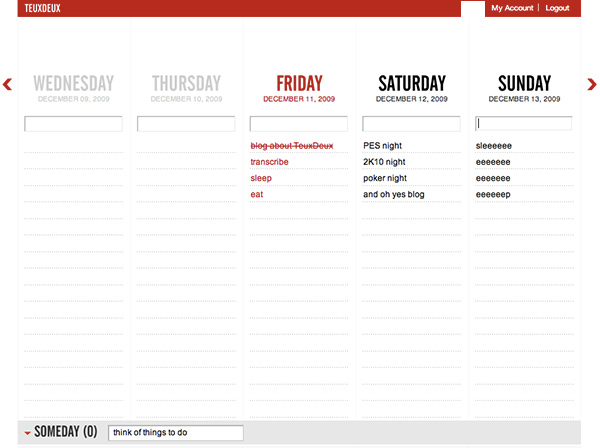 As you can see, my days are freakin’ packed. I mean, I just cannot possibly do more than what I’m doing now. PES 2010, NBA 2K10 and poker all on one night? Whew. You can also see that there’s a “Someday” portion, which again I assume is self-explanatory. As for the other aspects of TeuxDeux, watch this video:

The app’s clean interface and appropriately limited functionality makes it easy to use, but more importantly, it looks good enough to be your homepage, which I think is the only way TeuxDeux can actually help you get things done. Because let’s face it, it really doesn’t matter where or how you make a list of tasks. What matters is that you’re regularly confronted by it so that you actually remember what you’re supposed to do (and hopefully have enough self-discipline/guilt/need for money to accomplish your tasks). So if you’re going to use TeuxDeux, do yourself a favor – set it as your homepage and make your browser open it whenever you open a new tab. Otherwise sooner or later you’re either going to forget about it or you’re going to be too lazy to log-in and check it. 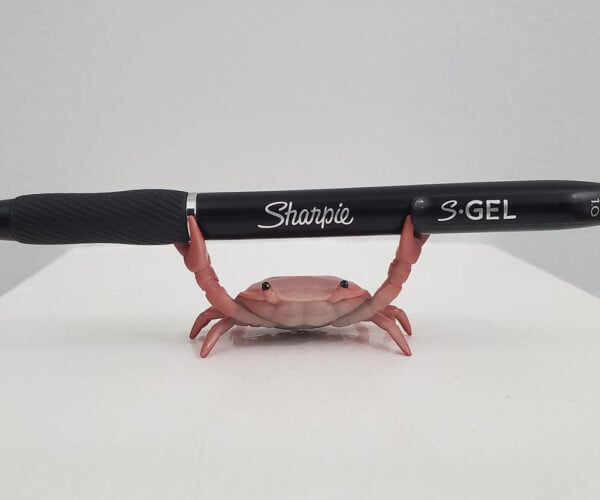