Mac Fans: Put an Eddy Award in Your Own Trophy Case

If you’re a big Mac fanatic, you might want to check out this item I stumbled onto over at eBay today. It’s an authentic “Eddy” award statue, originally presented by MacUser Magazine (more recently given out by Macworld). 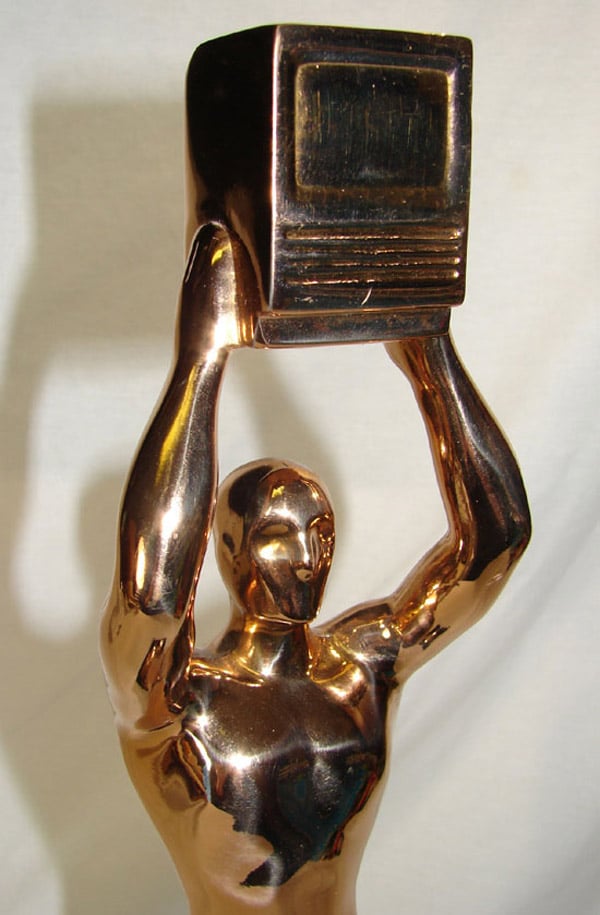 Originally awarded back in 1996 to Edmark software (now defunct), this trophy is a great conversation piece for any computer geek. The 18-inch tall, 7.5 lb. trophy features a gold-plated metal statuette holding a classic 68k Macintosh above his head. And from the looks of this photo, it comes with a can of diet A&W root beer (in German, no less).

Sure, the award was handed out for some kids software called “Trudy’s Time & Place House,” but you could always replace the plaque with your own award. I’d want to put something like Duke Nukem Forever on there if I bought it.