Wasabi Fire Alarm: Wake Up to a Fiery Scent, Avoid a Fiery Death

Developed by Kobe-based fire extinguisher company Air Water Safety Service and Seems, a bioventure in Tokyo, this unusual fire alarm is specially designed to wake up or warn hearing impaired people by releasing wasabi stench instead of sounding an alarm. 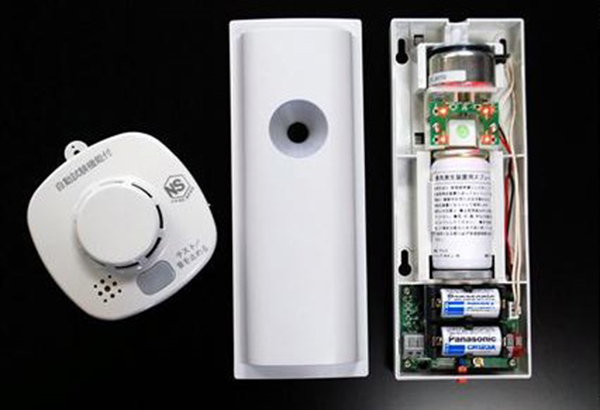 It’s unorthodox, sure, but apparently the alarm works: one 8 in x 3 in unit is effective in rooms with an area of up to 50 sq. ft. and can wake up people within two and a half minutes. You can watch a short video about the wasabi fire alarm over at Inventor Spot – the article was written almost two years ago, back when the alarm was still a concept.

The smelly alarm is a bit expensive as of now, around $560 (USD), but growing interest and improvements in technology may soon lead to increased sales.