Sportpong is a Nintendo-like take on the classic game, requiring physical movement to block or hit a virtual ball. But instead of using their hands, players put on paddles in the form of reflectors on each feet and play on a projected field. 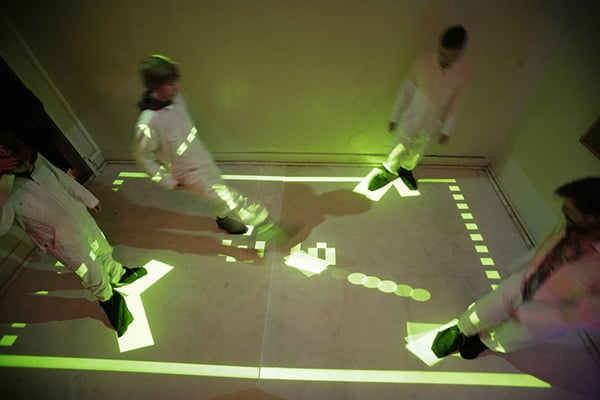 Projectors beam down the field, while a camera tracks the movement of the reflector. The Sportpong software was built using vvvv, a “multipurpose tool kit for real time video synthesis.”

Frankly I’d rather play with an actual football, but then that wouldn’t be nerdy at all.