Star Wars Speakers Look Like Lamps for No Apparent Reason

These strange cylinder-head Stormtrooper and Darth Vader are actually speakers, although they look more like lamps.  Either way, they’re butt-ugly. 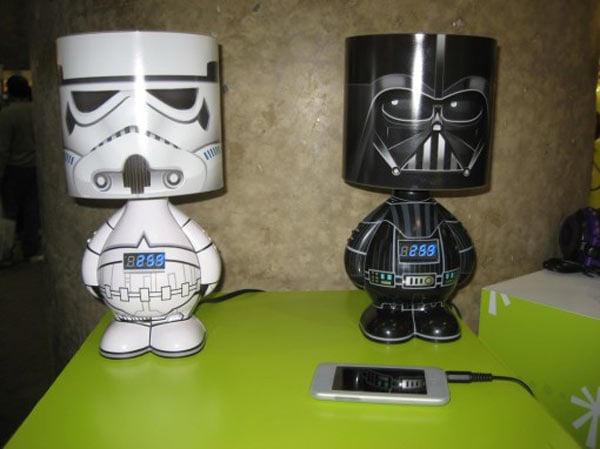 And no, they aren’t bobbleheads either. You can simply plug in your mp3 player and play your tunes. Unfortunately, they don’t have alarm clocks like these guys, but if you plug in your iPod, you can use that as an alarm clock! There’s an app for that, you know.

They’re made by Funko and are perfect for Star Wars collectors who just have to have everything, even ugly looking speakers that probably should have been lamps.

[via Fanboy via Nerd Approved via Gizmodo]