Artist/Steampunk da Vinci I-Wei Huang aka Crab Fu made this awesome remote-controlled steam tank. It uses alcohol or solid fuel tablets and can last for up to 15 minutes on a full tank of water. It’s a frankentank made of a Wilesco D49 Marine Double Piston Steam engine, a Mamod SE3 boiler, a Tamiya 1/16 clutch drive, an aluminum chassis, and steel tracks. It’s controlled using a 2-channel Futaba. 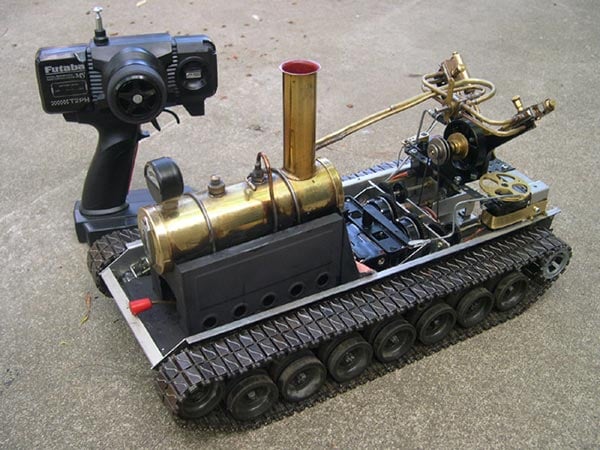 Once again, this building and hacking stuff is beyond my understanding, but even so I love how it looks. A little polish, grit and flourish and this thing could be made to look like a 19th century toy. 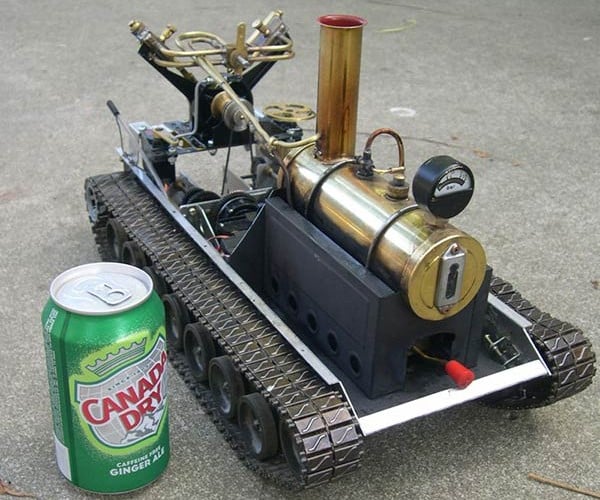 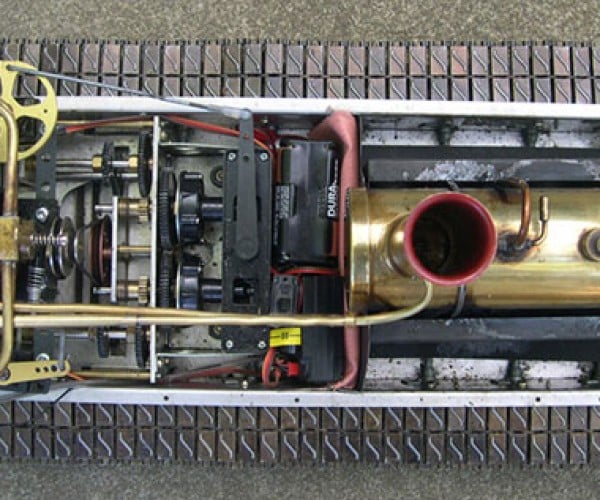 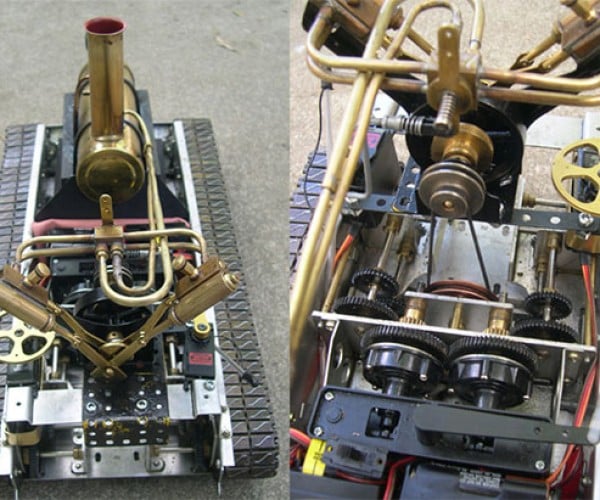 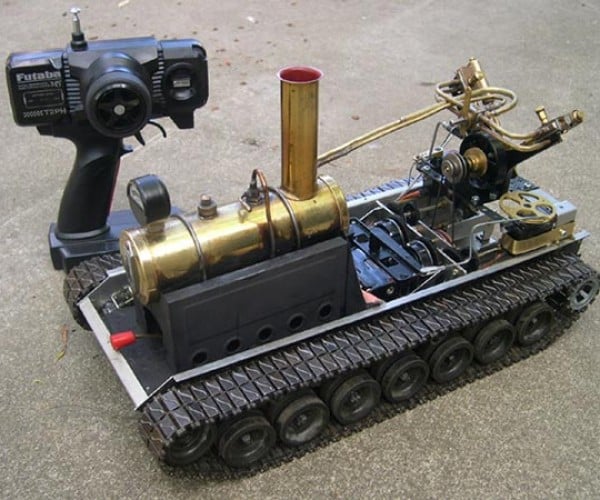 The steam tank doesn’t have weapons, but it is literally on fire. So maybe it could just stand beside its enemy until the latter melts. Or gets bummed out.