You got to hand it to the Japanese, they’re always coming up with the wackiest concepts. In an era in which we are trying to make robots look more human or just make them more useful, there’s nothing like this tower-shaped robot to get to the heart of the matter. 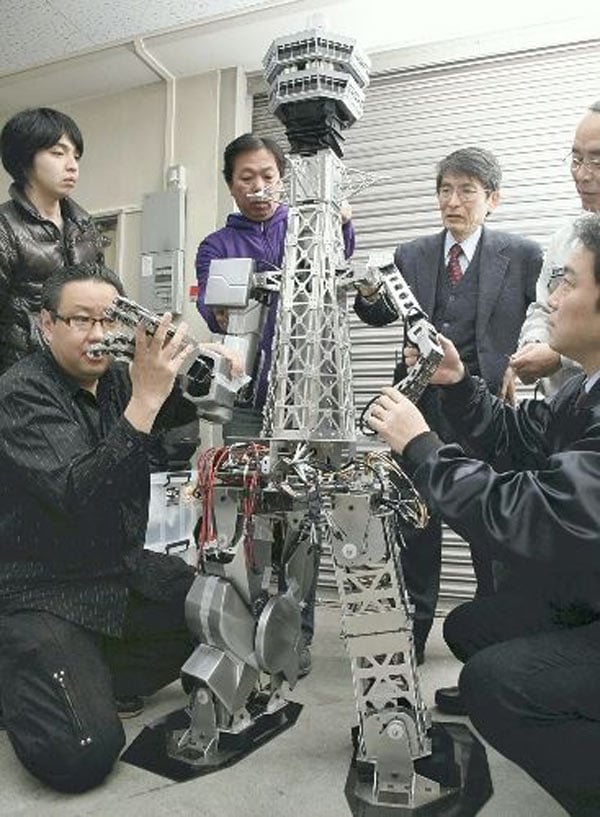 Tsutenkaku is its name, and from the promotional video, it makes me think that the goal is to actually produce a gigantic building Transformer robot. This robot is about 5’6″ high, and no less than 7 different Japanese companies thought that it was a good idea to produce a walking tower robot like this.

Apparently, the robot was created to help make Osaka cooler. For some reason, they thought that a robot, which could strike poses and light up like a Christmas tree, would accomplish this. It’s scheduled to make its debut next week in Tokyo. 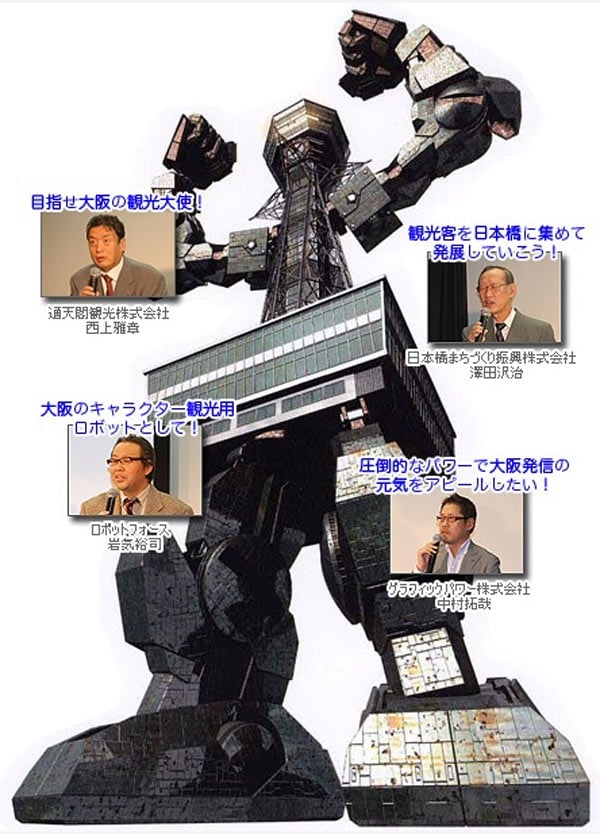