My brain is overloading with the coolness of this little LEGO robot. On top of being remote-controlled, NIKO can receive its commands via Twitter! Now that’s a cool use of social-robo-networking! 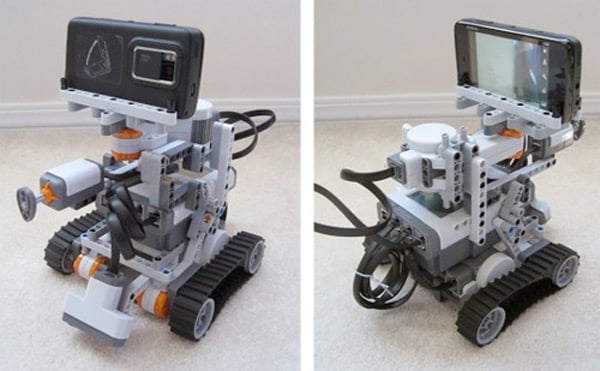 The robot receives its commands thanks to a Nokia N900 phone. Users can tweet special commands to @N900Niko to put the robot through its paces. NIKO can move forward, turn around, and even take a photo thanks to the N900.

I have to say that tweets are the perfect way to send simple commands. Check out the video below to see the NIKO in action: