While I’ve been getting used to the touch-only display on my new iPad, I have to say that I really wish I could use both my fingers and a pen for doing things like taking free-form notes. I’ve ordered one of those capacitive styli for the pad, but it’s clear that the iPhone/iPad OS was designed for fingers, not pens. The guys over at Microsoft Research have been working on a unique interface designed to simultaneously work with both finger and pen input. 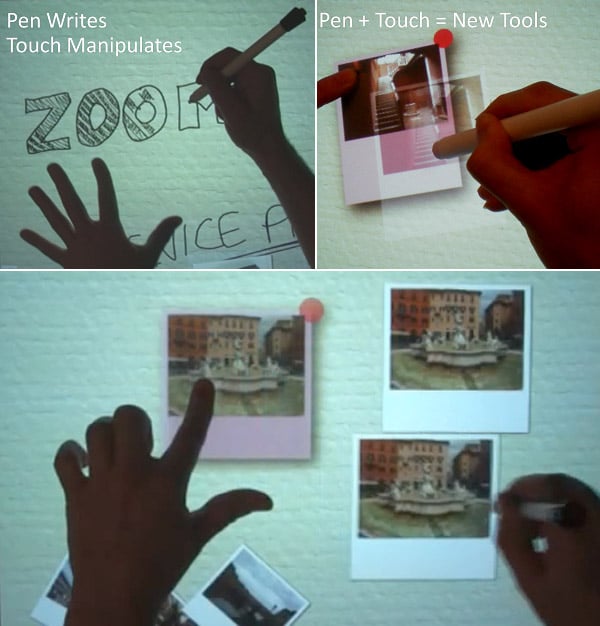 The “Manual Deskterity” project was built as a custom app running on the Microsoft Surface platform, and offer seamless integration of touch and pen-based inputs that look perfect for drafting and design applications. The team believes that by combining pen and touch, new gestures and modes of interaction can come to light, such as using one hand to drag an object, and the pen to slice objects with a virtual X-Acto knife.

Check out the video clip below to see just how intuitive the interface seems to be:

Pretty slick, eh? I’d love to have a system like this in my office for whiteboarding creative ideas, and if I were doing graphic design work on a regular basis, this thing could be great. Since this is just a research project at this point, I’ve got no idea if or when Microsoft will produce this software for others to enjoy. For now, it’s just me, my iPad and my Pogo Sketch.