So you’ve just spent a fat wad of cash on your fancy new iPad, but didn’t think about buying a sleeve for it? Well look no further, because this sleeve was made out of cheap, sticky duct tape, so you can make one yourself on a shoestring budget. 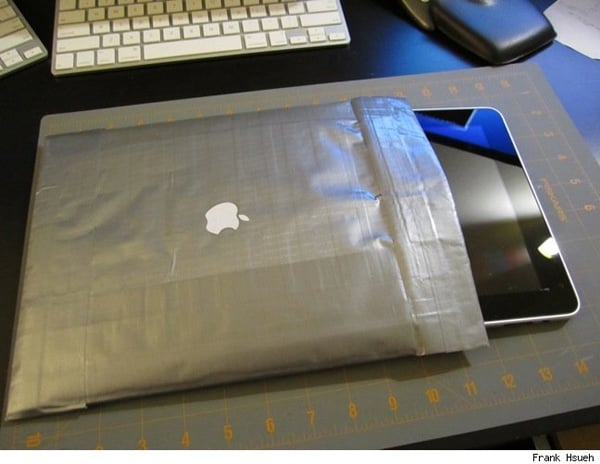 Frank Hsueh was exactly in that predicament. He based his iPad sleeve on a simple bubble wrap shipping envelope, which he MacGyvered together by covering it with both double-sided and duct tape. 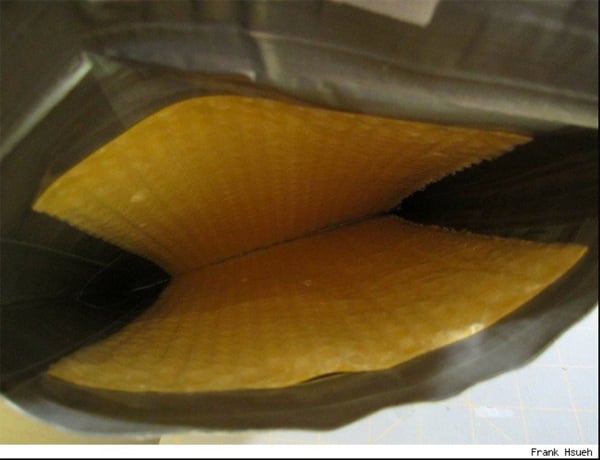 The final touch included an Apple sticker from an iPod shuffle to give the duct tape sleeve a bit more class (assuming duct tape could have class). The resulting sleeve is pretty unusual and looks sturdy – assuming none of that evil duct tape goo ever gets on the screen of his iPad.

[via TUAW via Make:]