In the past few years, artists have started to use video game-like sounds to make music. Some have even recreated music using the sound chips from old computers and consoles in a musical genre known as “chiptunes.” For his senior project, Mike Davenport created his own chiptune instrument, which he calls the 8-bit guitar. Mike says he was inspired by arcade games, hence the familiar button layout. 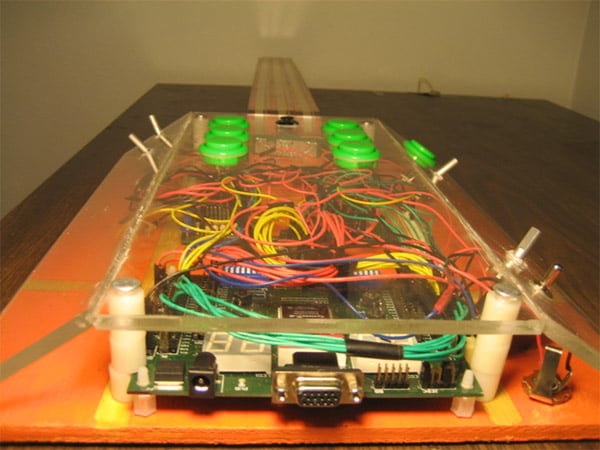 Instead of playing chords, the 8-bit guitar relies on two-button combos. It also has a joystick, which is used for modifying the pitch and adding/modulating tremolo. There other settings that can be tweaked in the guitar; fortunately Mike has included a way to save multiple settings in the guitar itself.

Mike doesn’t elaborate on the guts of his creation, but he did say that he used an FPGA as a synthesizer, plus membrane potentiometers in place of strings. Frankly I’m out of my league here, so if you’re a chiptune enthusiast or a tinkerer, check out Mike’s website for actually usable information. All I know is that the 8-bit guitar is awesome.