Japanese Soccer Robot Could Put Human Players Out of Business

Actually, probably not. Robots are still clunkers in my book. However, it looks like the RoboCup Japan Open 2010 is currently happening in Osaka, Japan. It’s the world’s biggest robot soccer tournament (!) and has 225 teams from all over the world competing for the ultimate title in robot soccerdom! 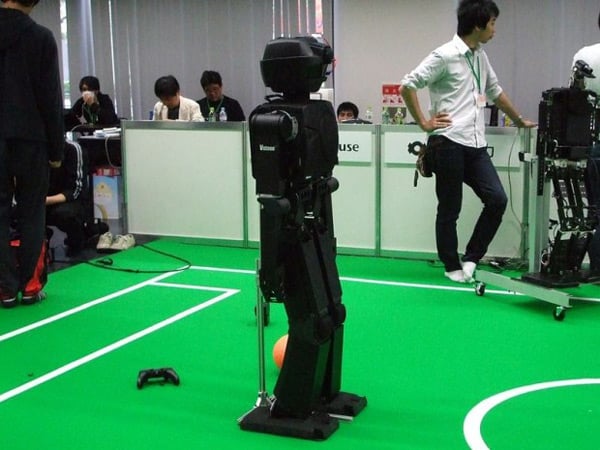 The competition was started in 1997, and has a goal of creating a bunch of robots that will ultimately defeat a bunch of humans playing soccer, likely sometime in 2050 – after Skynet has won. Lofty goal, but for now, it’s just a fun competition to check out.

This robot in the video above was developed by Professor Asada’s lab at Osaka University and the Osaka Institute of Technology. Its body has 22 joints and uses a servo motor with 327kg/cm of torque. Despite all of that, a lowly snail could probably still block it from kicking a goal.