Boy Genius Report has pics of the iPhone OS 4 beta 3 in action, showing some of the new features in store for iPhone, iPod Touch and iPad owners. One of them is this totally new, magical, revolutionary concept that I can’t believe no one has thought of before: file sharing! AMAZING. Oh wait. 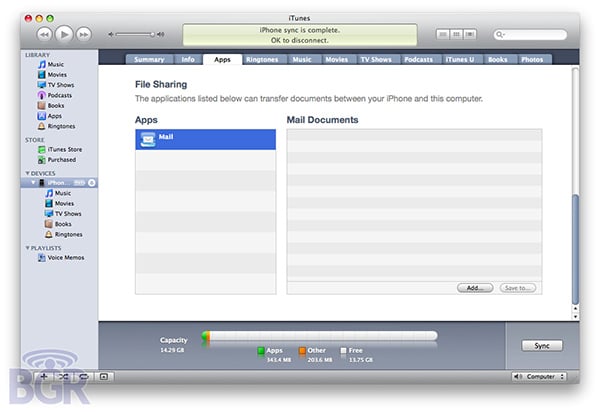 Sarcasm aside, this feature alone may well justify OS 4. The set up isn’t as straightforward as conventional file sharing – you’ll have to open iTunes and head on to the Apps tab to shuttle files to and fro your iDevice – but it’s not overly complicated either. The screens below show some more of the new features, which really should have been included in the original OS. On the left you see the multitasking interface, making selecting and closing one of the currently running applications a snap. According to BGR, to access this interface all you need to do is press and hold the icon of any one of the apps you’re running. 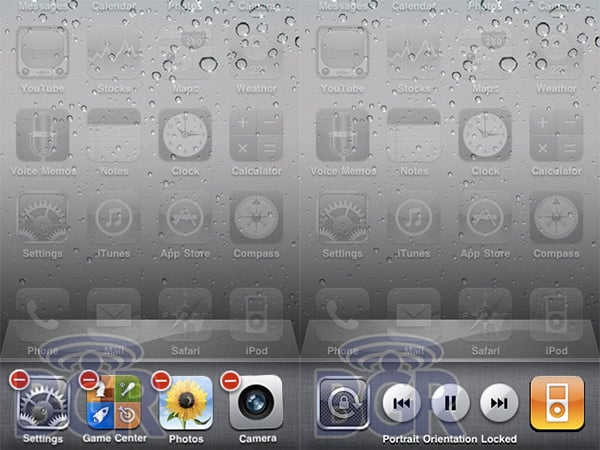 The screen on the right shows the media widgets and portrait orientation lock buttons. To access these buttons, you’ll have go to the multitasking interface and then swipe to the left – kinda makes no sense to me, but then again I don’t own an iPhone. The buttons are self-explanatory and probably much-needed. Check out Boy Genius Report for more details.