This hilarious LEGO stop-motion video recaps the original Star Wars movies, from Episode 4: A New Hope, to Episode 5: The Empire Strikes Back, to Episode 6: The Return of the Jedi in just about 2 minutes. 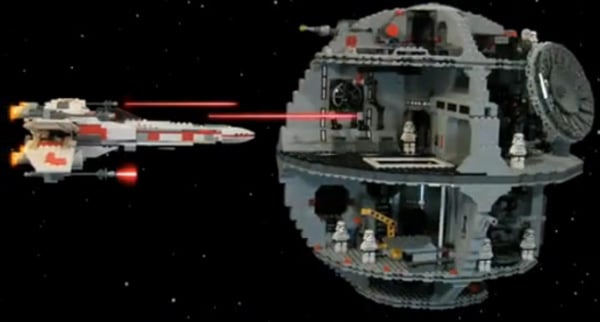 When I was a kid, it baffled me that the Star Wars movies weren’t the beginning of the story, but the middle. But it didn’t seem to matter much to my sister and I, as we watched the trilogy almost every month.

I really like this little animation. You get all of the important bits, delivered to you in LEGO stop-motion goodness. LEGO, Star Wars, and YouTube – what could be a better combination?