Toyota’s Violin-Playing Robot Will Soon Play in a Symphony

Well, maybe not yet, but it’s still impressive that this ‘bot can actually play the violin! I don’t think that human orchestras are in any danger, but it just goes to show that robots can be programmed to do anything. 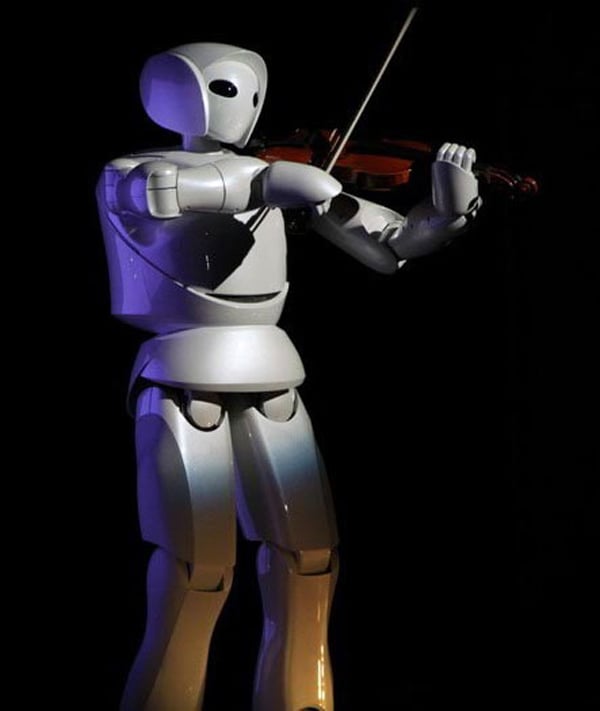 Toyota is well-known for making cars, but not for making robots, which has really been Honda’s shtick. Toyota has been working on this ‘bot for about three years and finally decided to showcase it at the Shanghai World Expo that’s currently under way. The violin robot is performing daily at the Japanese Pavilion.