It’s true that if you have though about putting LEDs on your bike, it’s nothing new. However, this new tech from Japan will really light your bike up like none other in the neighborhood. 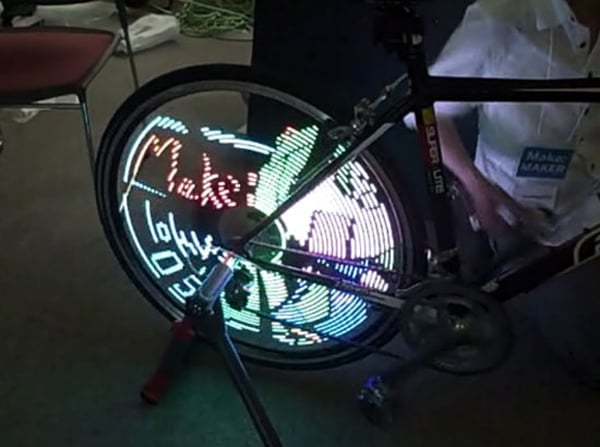 It’s called the Anipov LED system and it’s made by Japan’s Suns & Moon Laboratory. The system can access bitmap files as well as other image formats. Then, it displays them on a set of rapidly spinning LED-covered spokes. For now, this kind of system isn’t waterproof and relies solely on batteries. However, it won’t take long until someone hacks it to work off a dynamo of some kind.

The Anipov LED system costs about 15,000 yen ($165 USD) and was shown off last weekend at the Tokyo Make Meeting. Anipov kit parts can be ordered here, but you’ll have to understand Japanese to figure out what you need to do in order to get this going on your bike.