A bunch of hackers planned an elaborate prank. They decided to convert their campus astronomy building into a giant R2-D2. All in all, it looks awesome! 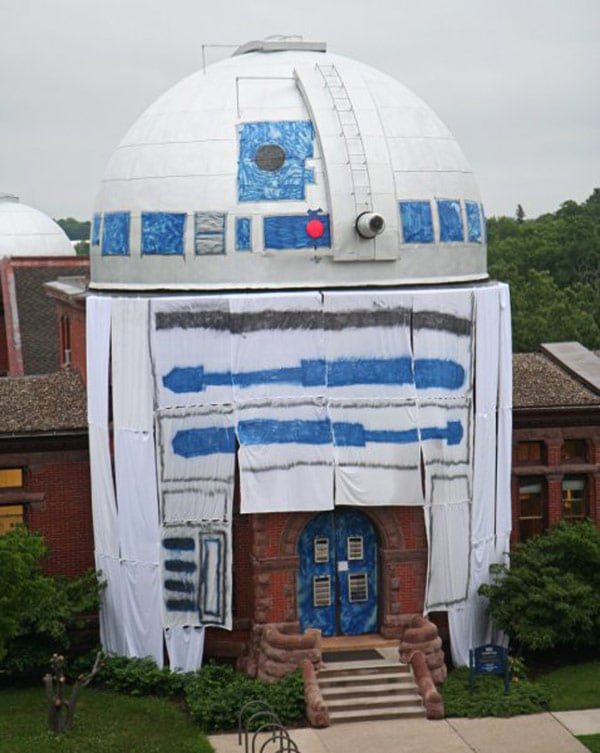 This took place at the Carleton College in Minnesota. The building they dressed up was Goodsell, which has a domed observatory, so it was perfect for this prank. Actually, I can see another observatory behind,  so they could have converted that one to an R3 unit.

In fact, I’d like to see a permanent structure look like R2-D2. That should be possible and wouldn’t look too weird, right?