The guys working on Rock Band 3 revealed to USA Today that the new game will add new advanced gameplay modes for “pro” players – but the big news is…. drumroll, please… a keyboard! 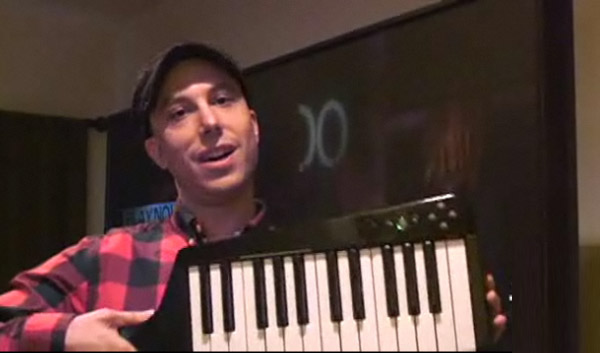 Yep, and this keyboard won’t just have five color-coded buttons on it. It’ll be a full 25-key, two-octave range keyboard, and you’ll be playing the actual notes you’d be playing on a real keyboard if you can ever find the time to put down the controller. You’ll start with very simple note ranges, but as you increase difficulty level, you’ll be using the full keyboard, and learning the real notes. Check out the video below to see an early prototype of the keyboard in action, and hear more about the game’s other new features: