Ibm Supercomputer to Compete in Jeopardy!: World Domination for $800 Please

It is official: It is easier to beat the greatest chess player of all time than to win at Jeopardy!. At least that’s the case with supercomputers. I’m sure most of you have heard of Garry Kasparov’s controversial defeat to IBM’s Deep Blue supercomputer. That was way back in 1997. It’s not until thirteen years later that IBM manages to create a supercomputer smart enough to join Jeopardy!. The name of the system is Watson – after IBM founder Thomas J. Watson – and its specialty is semantics, and what IBM calls “confidence processing.” You know how Jarvis works in the Iron Man movies? That’s what IBM wants to achieve. 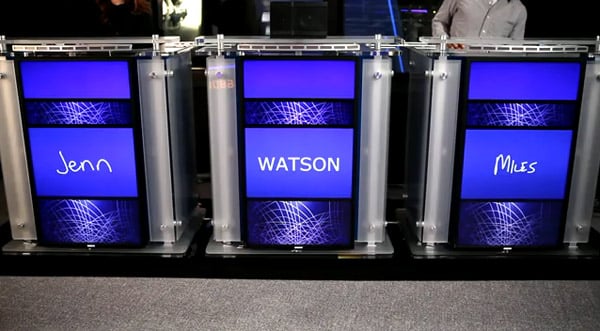 Look at that perfect handwriting. Astonishingly, Watson also rings-in on its own, although it looks like humans can still beat it at ringing-in. And if you think that Watson just goes online and Googles for answers, you’re wrong. Watson will join Jeopardy! armed with whatever knowledge its creators can stuff inside it and nothing else.