Now you don’t have to turn on your computer just to charge your USB gadgets. Belkin’s new product, the Conserve Valet, accommodates up to 4 USB-based devices at once. 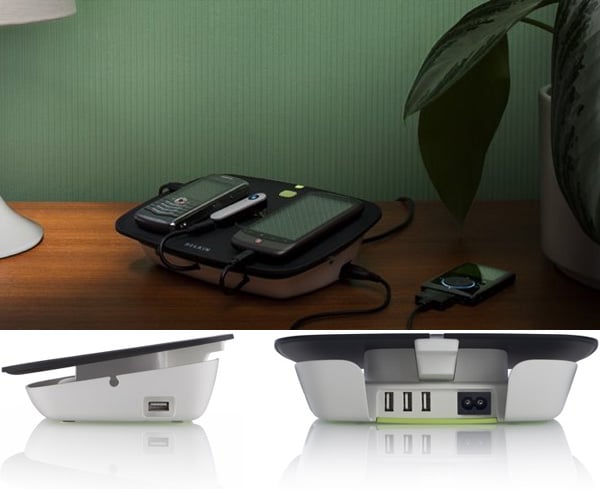 The company also claims that the device automatically shuts off when charging is complete, and by shut off they mean it shuts off – no vampire draw. So you can plug in your devices, knowing they won’t get overcharged, and that you won’t be wasting electricity.

No word on when the Conserve Valet will be released, but you can already pre-order it at Belkin’s website or at Amazon for $40 (USD). I don’t have a lot of USB-charging devices so I don’t really know if this is worth $40. What do you guys think?