The latest victim of gadget spare parts seller and repair shop iFixit is none other than the iPhone 4, its naughty bits splayed out on a table for all the world to see – like its *gasp* vibrating motor. Also, the iPhone 4’s battery is easier to remove compared to previous versions, which is ironic, because it’s pull tab says only authorized service providers are worthy of pulling said tab. 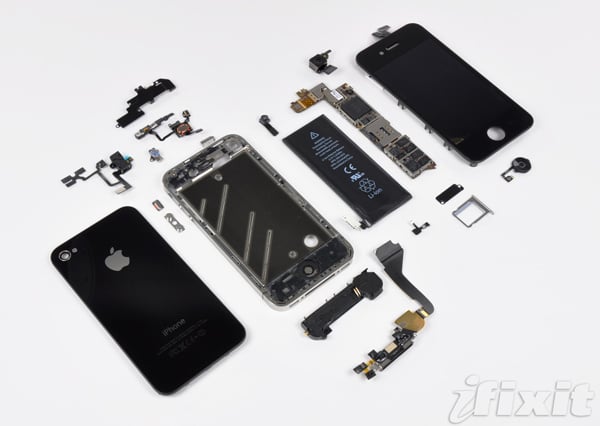 iFixit also found out that the phone has an “improved audio chamber,” which should make sounds come out clearer. Apple boasted the strength of the Gorilla Glass front panel, and if you (plan to) own an iPhone 4, you better hope that claim is true, because iFixit also learned that the LCD is “very securely glued” to the glass panel and to the digitizer. Break one, and you’ll have to replace them all, which is pretty wasteful if you ask me and might make replacements more costly than it needs to be. That covers the interesting bits about the iPhone 4.

Hit the link below for all the gory details and pics.