At first glance, this might just look like one of those organs you used to see in the shopping mall when you were a kid. But under the hood of this bit of musical nostalgia is the ultimate chiptune machine. 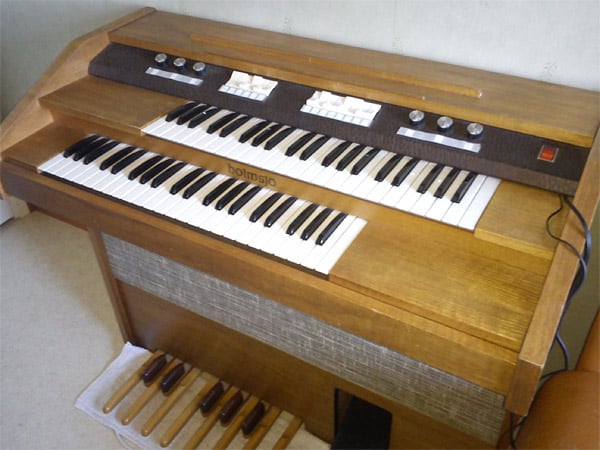 Created by Linus Akesson, the Chipophone has the looks of an old organ, but the brains needed to crank out awesome 8-bit sounds for live chiptune performances. Linus ripped out all of the original tone-generators and wired up keys via a bunch of 74HC165 chips, daisy-chained together to an Atmega88 controller chip. He also wired up the knob potentiometers to the microcontroller’s analog inputs. 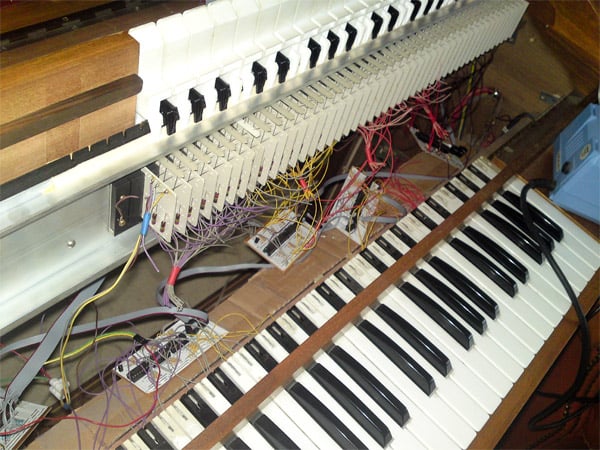 In turn, the microcontroller generates MIDI signals which are sent to another Atmega88 chip which produces 8-bit sounds. Here’s Linus showing off his wondrous musical creation:

What chiptune video would be complete without a performance of the Super Mario Bros. theme?