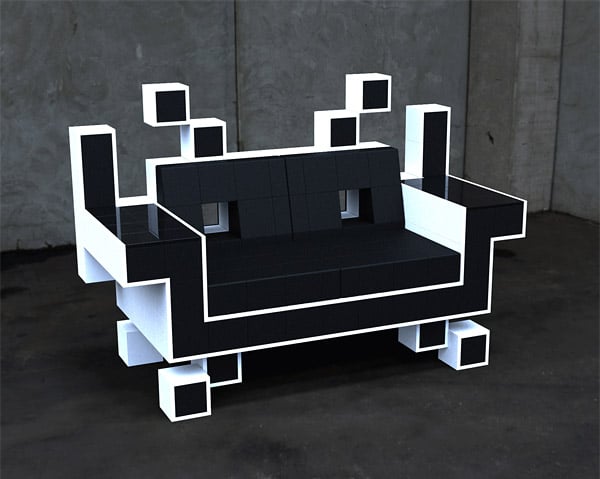 But its squared-off lines look like they’d really hurt our asses. Still, I dig the way it looks, and only wish it were white instead of black – in keeping with the original game colors. 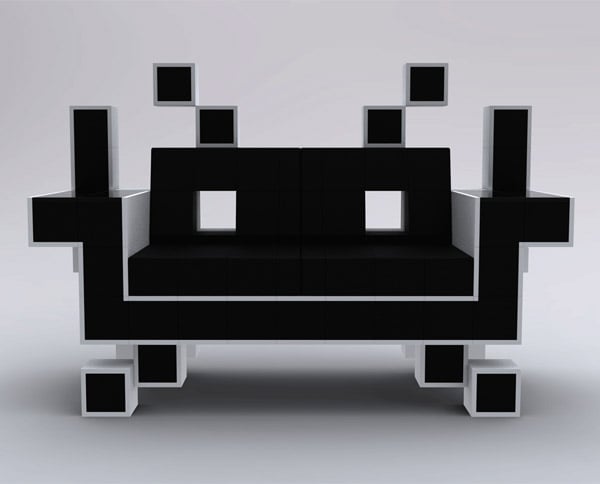 I’d also like a green coffee table that looks like a partially-obliterated base, but beggars can’t be choosers, I suppose. 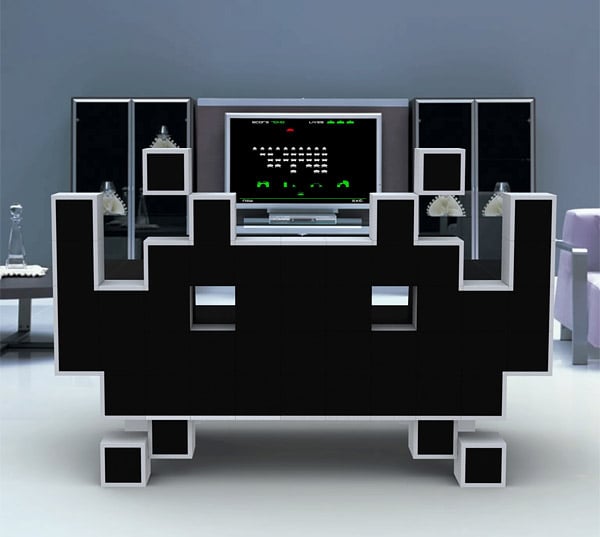