At first glance, Thomas the Tank Engine doesn’t have a lot going for him, badassery wise. He’s ugly, he’s made of old technology, he has no weapons and he can’t transform, overall useless in a fight. Until now: 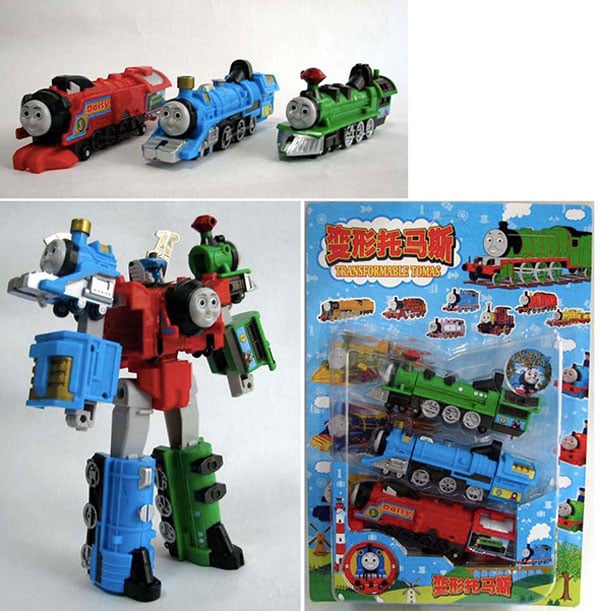 Finally, a Chinese knockoff toy that’s more awesome than the original. I don’t like the name Transformable Tomas though. I think I’ll call this one Voltrain.

[via SpaceGhetto via The Duty via Walyou]