Like many football fans, I was caught up in the World Cup fever and didn’t realize how cool this installation was when it first made the rounds a few months back. 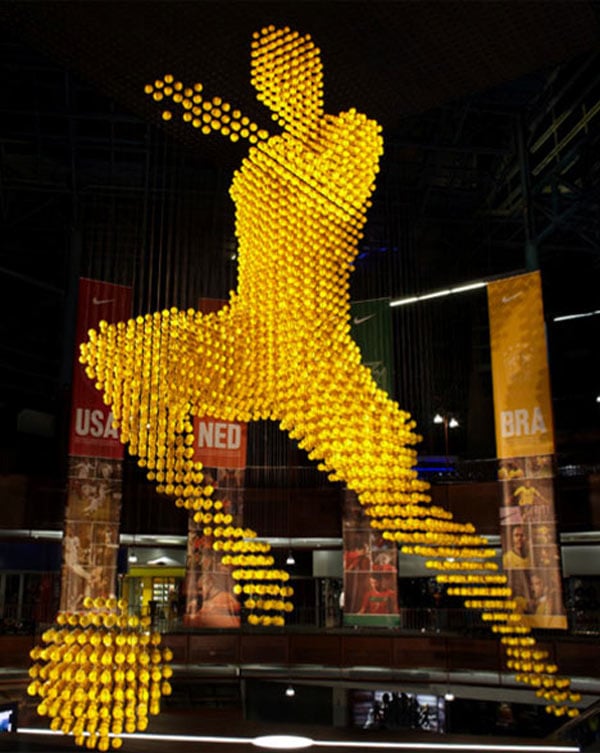 This 65-foot sculpture was on display in a shopping mall in Johannesburg, South Africa and was made by Ratcliffe Fowler Design for Nike. They modeled it after Carlos Tevez from Argentina (can’t you see the resemblance?). The sculpture is made out of 5,500 so-called pixels, which are actual soccer balls that were donated to football programs around South Africa after the display was taken down.

The time-lapse video of how they put it together is pretty awesome. That sure is a whole lot of balls!