Every once in a while, I get a flashback to Bill Murray’s lyrical version of the Star Wars theme, and start busting out into “Star Wars, Nothing But Star Wars…” I guess that YouTuber qcomts was thinking along the same lines when he created his vocalized versions of classic Star Trek theme songs. 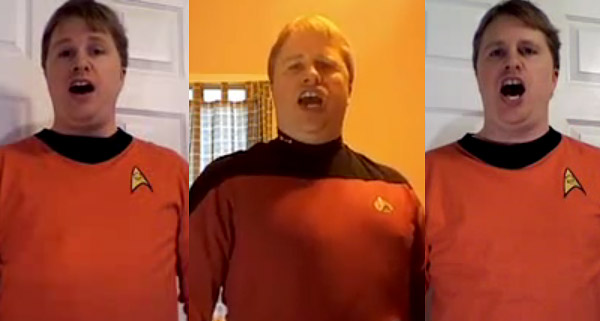 My personal favorite is the theme from The Next Generation:

But he’s got versions of Voyager, and Deep Space Nine posted on his YouTube page too.

Surprisingly, there’s no theme for the original series. Perhaps that’s because it already had lyrics by Gene Roddenberry. And it appears that he skipped right over Enterprise, just like most of us did.