Looxcie: Wearable Camcorder Sure to Capture Life’S Most Unpleasant Moments

Perfect for both voyeurs and narcissists, this new camera lets you shoot POV digital video pretty much anywhere you go, any time. 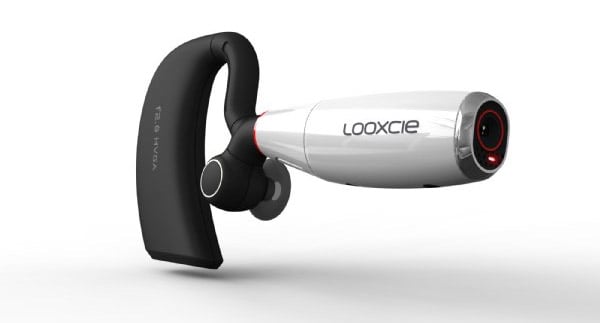 The Looxcie looks sort of like a Bluetooth headset, but there’s a tiny video camera at the tip, which can capture all the random moments of your life. And actually, that part about looking like a Bluetooth headset – the Looxcie actually functions as one, pairing with your smartphone to make calls as well as to transmit video to it. The camera is always on, buffering the last 5 hours of stuff that happened to you. So if something exciting just happened – like you got into a shouting match over the temperature of your Latte with the Starbucks barista – you’ll be able to share that instantly. Or you can capture yourself at the urinal. Your choice. 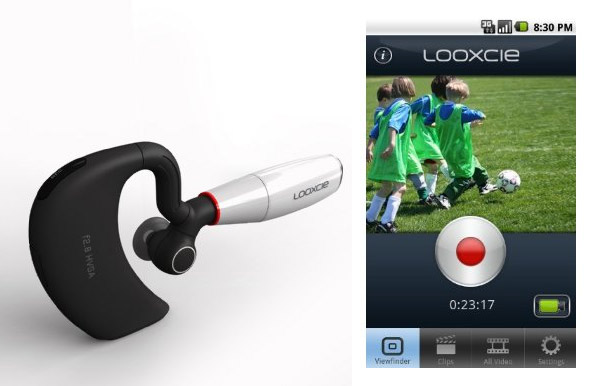 With the Looxcie Android app (versions coming for iOS and Windows Mobile eventually, too), you can capture the last 30 seconds of video, send it via Bluetooth to the phone and instantly share it online or via e-mail. You can also use the app as a wireless display so you can see exactly what you’re capturing, but if you’re doing that, you might as well just use the camera built into your cellphone, right? Although your cellphone can’t capture things that already happened, can it? Of course, you have a much better shot of finding interesting footage by scrubbing back through the last 5 hours of your day and cutting up custom clips – all of which you can do in the Looxcie app. 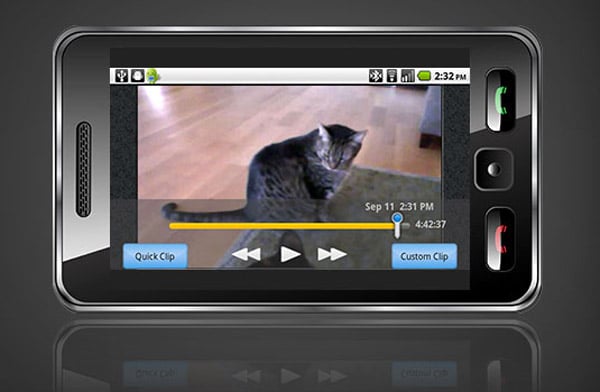 Probably the biggest issue with the Looxcie is the fact that it only captures 480×320 video, and only at 15fps. Why they went with such a low resolution in this day and age is anyone’s guess, especially with most mobile phones sporting multi-megapixel video cameras these days. Perhaps it’s because of how fast you can stream video over Bluetooth, or just a storage limitation due to Looxcie’s size. Here’s a sample video captured with the Looxcie, in case you’re wondering what the quality is like:

Expect the Looxcie to show up over at Amazon for $199 (USD) sometime in the near future.

[via TechCrunch via Switched]