It looks like HP’s foray into the tablet world has been finally shown up in an actual, functional device. The HP Slate looks interesting enough. The only concern is, how will it be priced? Because we can tell you that the Samsung Galaxy is priced higher than an iPad. 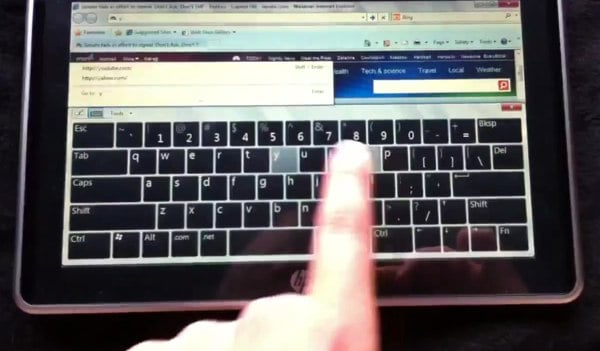 X313Xkillax has a video of a HP Slate prototype up on YouTube. He boots it up with Windows 7, but ultimately, it’s possible that another OS will have to be used, since Win7 isn’t really well optimized for finger operation (there’s some basic multi-touch support, but it’s pretty weak compared to dedicated mobile OSes.)http://www.youtube.com/watch?v=c0IiKaa8v9M

It’s an interesting looking tablet, but will it really be able to tackle the iPad? I doubt it, but we’ll see. It’s got two cameras, making it already better equipped than the iPad from that perspective, but the Windows-based OS and apps will need major refinement for it to be a viable competitor.