Want your child to have the best costume come Halloween? Ask Japanese company Sakakibara Kikai to sell you their miniature exoskeleton, which is meant to be driven by kids. It’s not as high-tech as Raytheon’s XOS 2, but it works and it is so damn cute. 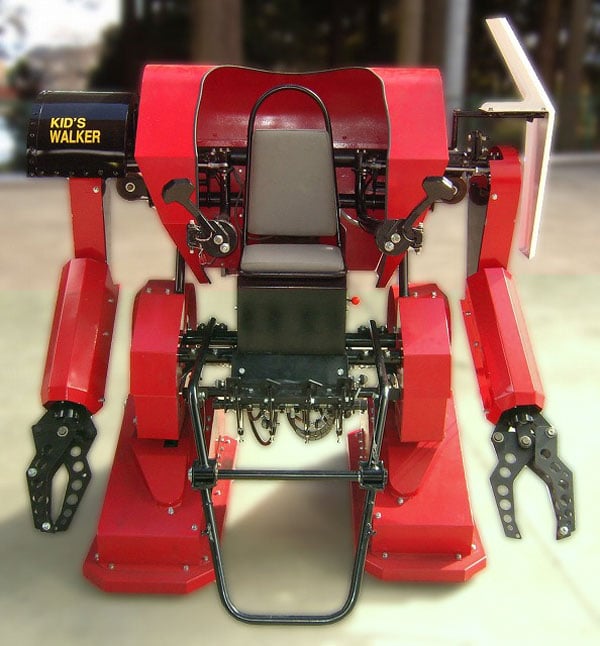 The controls seem simple enough for a kid to understand, as shown in the video below. I’m not sure to what extent the arms can be controlled, but as it is this 5.25 ft., 400 lb. exoskeleton  can do real damage in the hands of a bully. Or a modder. Throw in a couple mini gatling guns and some gunmetal paint and you’re ready to defend Zion from the Sentinels.

Sakakibara Kikai currently has no plans of mass-producing the Kid’s Walker, probably afraid of little wanzer skirmishes breaking out all over Japan, but the company estimates that it costs $21,000 (USD) to produce one unit. All that money, and yet they neglected to install some sort of protection for the pilot.

[via That Costume Blog via Engadget]