Just about any geek worth their salt knows that a follow-up to the epic 80’s flick TRON is coming soon to theaters. I also mentioned a while back that real, working replicas of the TRON lightcycle from the flick were being sold on eBay. If you bought one of those lightcycles or just like to dress like TRON, I have your motorcycle suit. 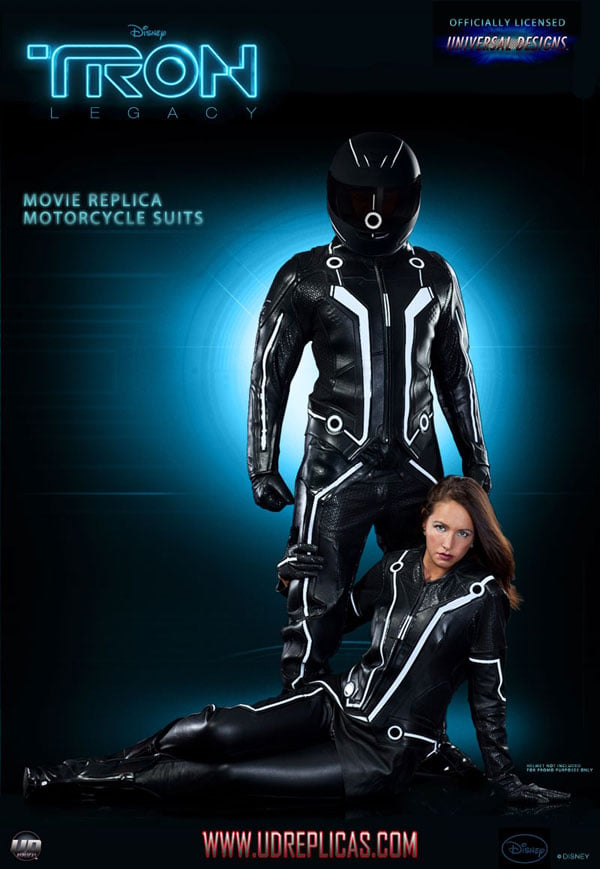 The suit for men is based on the Sam Flynn suit from the flick and a women’s version is available that looks very similar. The UD Replicas suit is made from real leather and has CE approved body armor inside to protect you if you crash your lightcycle. The leather details of the suit are form molded and the accents are light reflective.

The suit has heavy duty stretch spandex inserts and a silicone hexagon print along with a form molded leather disc on the back. The suit sells complete with four pieces for $995 (USD). You can buy the jacket for $498, pants for $269, gloves for $79, and the boots for $149 as separates.