Steampunk Iron Man Costume is Better Than the Second Movie

I really liked the first Iron Man flick. My son was too young to go and see the original in the theater, but he wanted to go see the second flick back at the beginning of the summer. We both walked out feeling that the movie sucked. The thing was nothing more than a setup for spin offs. 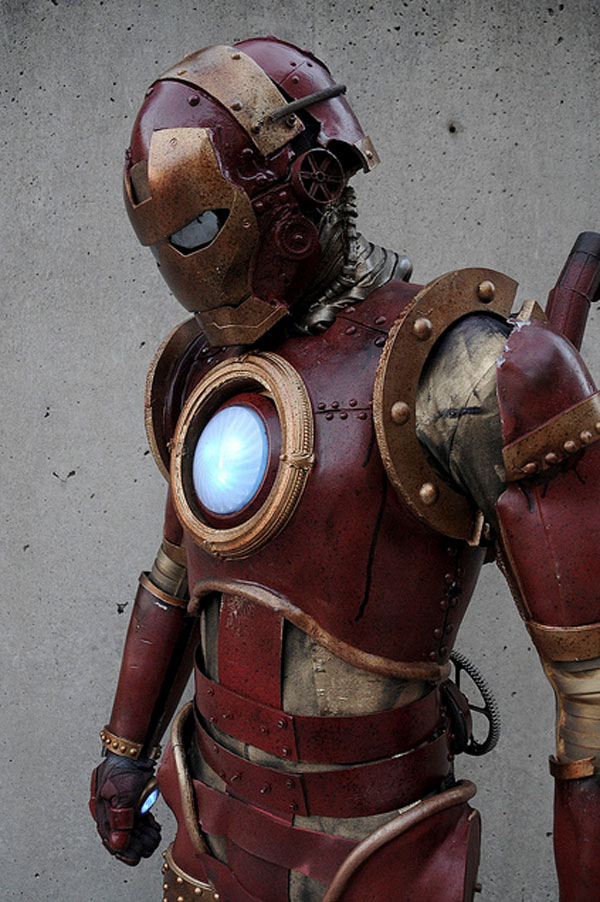 Someone has cobbled together a steampunk version of the Iron Man suit for a Marvel costume Contest at Comic Con in New York. The person who built the cool costume actually ended up wining the contest with their cool handy work.

Is it just me or does that arc reactor in the chest look like one of those lights you stick inside your closet? The costume is cool and I wish we had more details on the thing and how it was built. All we really get is this one picture of the thing. That one picture is worth more than the two hours Iron Man 2 stole from my life though.