Remember that awesome Etch A Sketch Case that we talked about a few weeks ago that made your iPad look like the toy? I thought at the time what the thing needed was an app made for the iPad that would complete the illusion that the iPad is nothing more than the line art pimping toy from my youth. 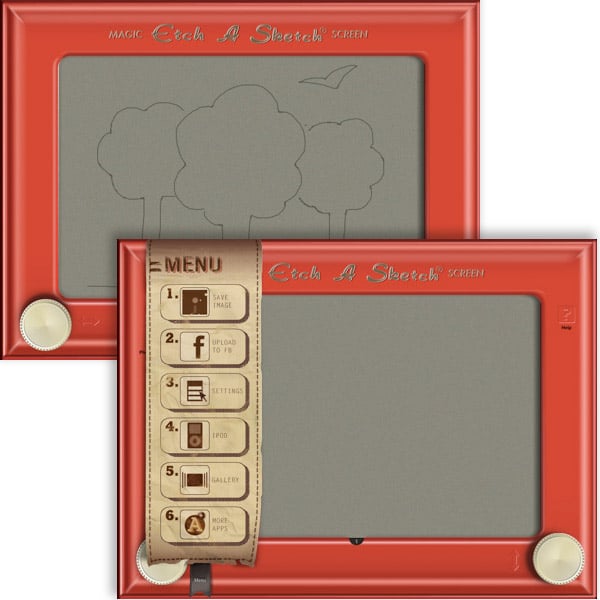 That official Etch-a-Sketch app has now landed on the app store and it is just begging to be used with the case. Naturally, since the Etch A Sketch lacks real knobs for controlling the pen under the screen of the real thing, you have to draw on the screen with your finger. The app also features the ability to share images to Facebook, store them in a gallery, and even import photos to trace, so people think you’re an Etch A Sketch master.

That might not be realistic, but the shake to erase your picture feature is very realistic. A version of the app was offered on the iPhone before, but we all know blowing those apps up to use all the screen on the iPad makes the tiny iPhone version look like crap.