I have been carving pumpkins since I was old enough to wield a knife, which was quite young considering I grew up in the 80’s when parents though hurting yourself was a type of life lesson. Generally, my pumpkin carving skills revolve around triangles and the occasional round eyes. This dude named Noel Dickover has created the most epic f’ing pumpkin in the history of pumpkins. If there were a Nobel prize for pumpkin carving, this guy would win. 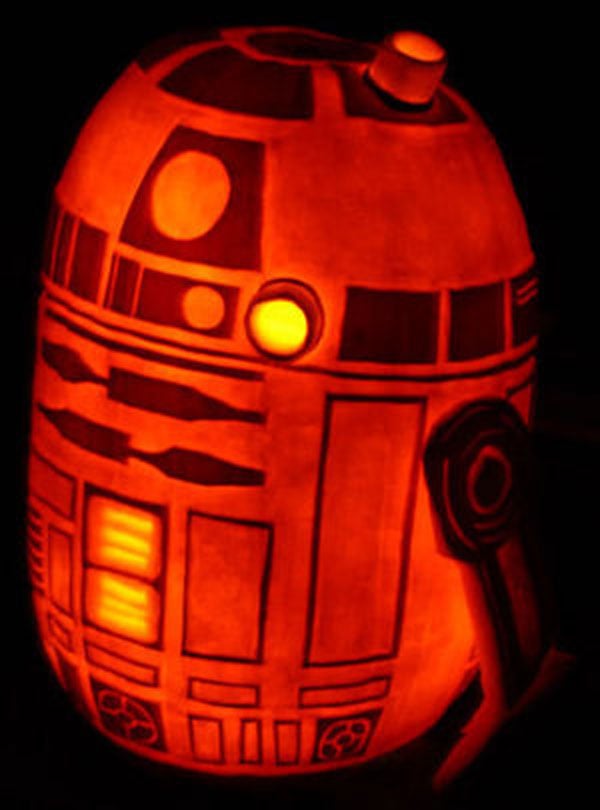 The guy took a tall and thin pumpkin and rather than cutting into the thing, he removed the skin from the outside of the pumpkin until he had the raised skin left looking like everyone’s favorite droid R2-D2. The entire pumpkin glows from within because it knows just how awesome it really is.

The guy says it took about 11 hours to carve the thing, and I can’t think of a better way to have spent 11 geeky hours to be honest. As you can see, the pumpkin was carved from anatomically correct images.