Is 70 Terabytes of Storage Enough for You?

Apparently, some Russian dude decided that enough was never enough, and built himself a data rig that has a whopping 70TB of storage. Yes, that 70TB. Is that finally enough for all your torrents, warez and pr0n? 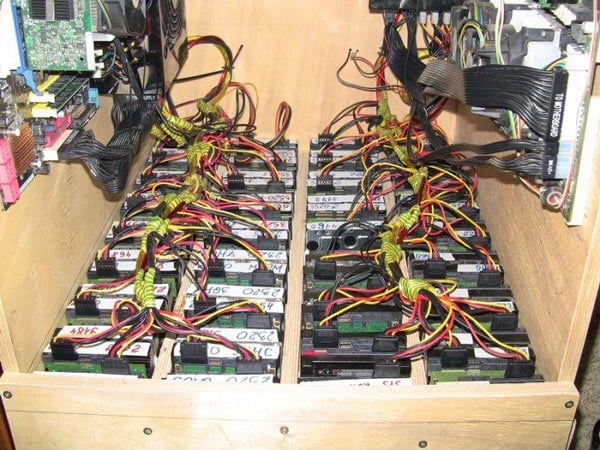 I have to say that I’ve been neglecting my own storage needs, and have been filling up my HDs for a while now, by backing up every few months. Although it seems excessive to most users, I think that a 10 TB Drobo would be perfect to suit my needs. Obviously, that wasn’t the case with this Russian guy, who went for 70TB that he needed to cool down with 20 fans! 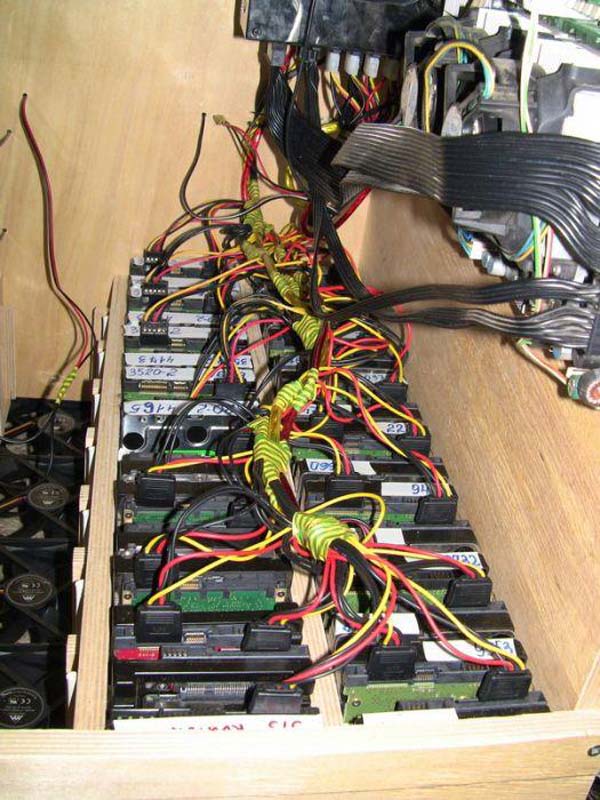 For some reason, all of this gear was put inside a wooden enclosure. Seems a bit suicidal to me, but hey, whatever works. It’s probably the capacity of a server farm built into one rig. He used 60 hard drives, but using Western Digital’s new 3TB drives, that number would plummet to a mere 24.