Well, it took a while, but Logitech finally released a wireless keyboard that doesn’t need any batteries. What does it need to charge up? The sun! I think that it’s a great idea. 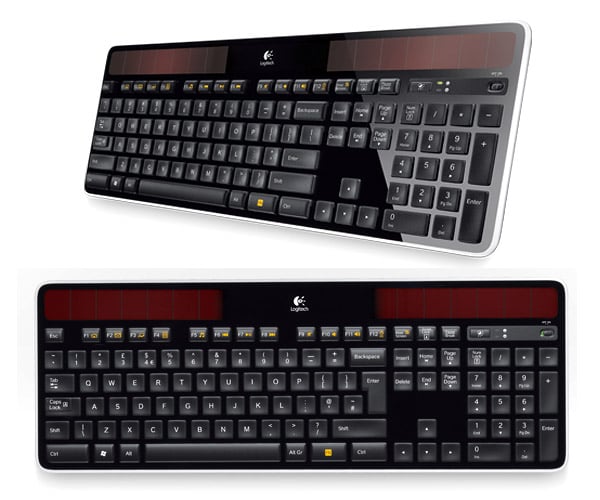 The Logitech K750 will sell for $79.99 (USD) and is completely built out of recyclable plastic. Solar panels are placed along the top edge of the keyboard to keep things juiced. They even include a luxmeter to tell you how well the panels are charging up.

It not only charges in sunlight, but also works underneath artificial lighting, like a lightbulb. I’ve been using Logitech keyboards for years and have never had any major problems. I’m about due for a new one, and haven’t yet decided which one to get, but this one looks pretty cool.