Greeting card illustrator Dan Liuzzi originally wanted to wear a giant version of his head for Halloween. Why? Who knows? Maybe he secretly thinks his head is too small, and Halloween gave him a great excuse to correct his anatomy, even for just one night. Anyway, his plans for a giant head had a small problem – he had no idea how to make one. But he persevered and experimented, and finally came up with a costume that is not only a larger version of his head, it also combined his love of all things 8-bit. 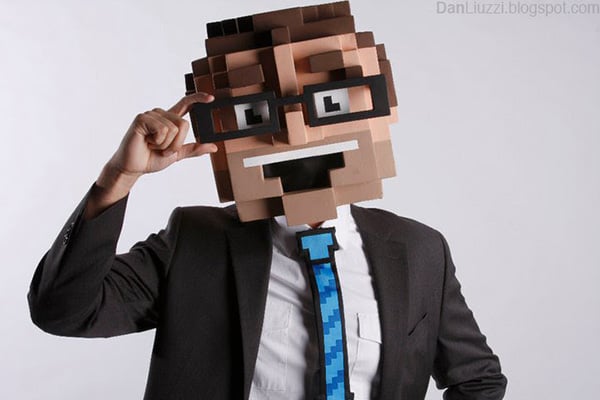 Liuzzi said it took him 2-3 weeks and the following materials to make an analog version of his digital head: insulation foam, joint compound, a cardboard box, glue, some gesso spray and acrylic paint. I wonder if he remembered to cut out eye holes on his costume. Rounding his costume out is ThinkGeek’s popular 8-bit tie. 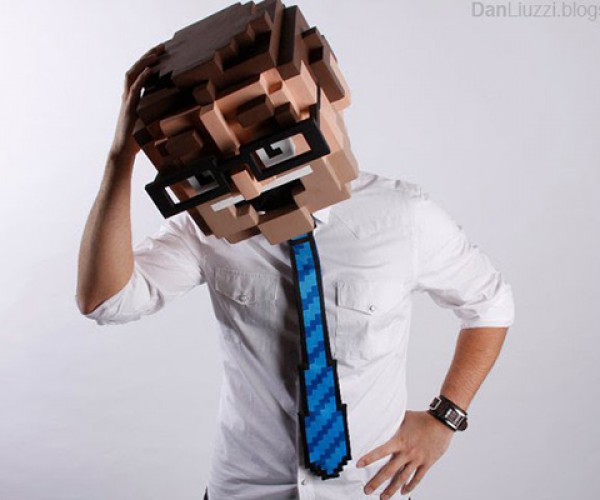 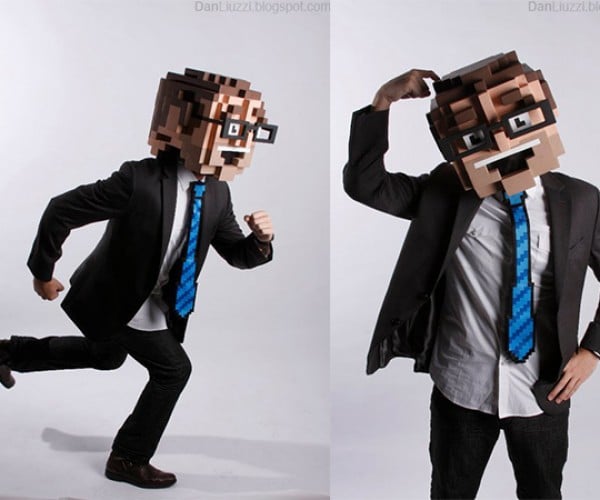 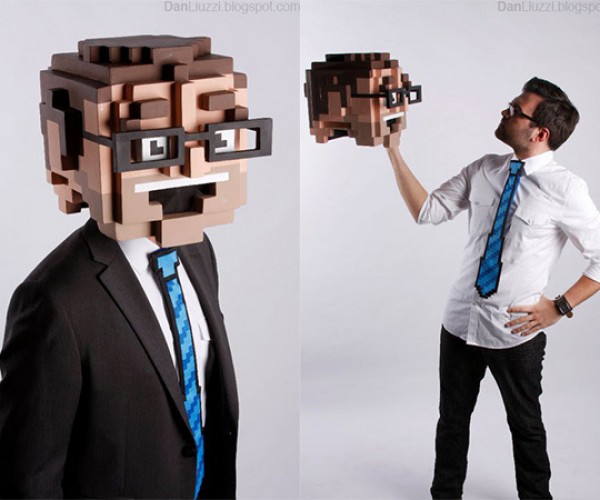 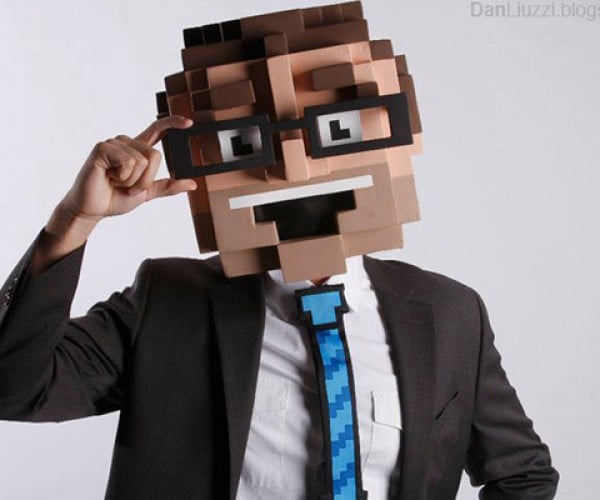 I think it’s Luizzi’s neat coloring that makes the costume work. Although I have to say if I encountered him with his 8-bit head on at night I would freak out. His frozen smile kinda reminds me of the mascot boss in Dead Rising 2. That guy was scary as hell.

[via Dan Liuzzi’s blog via likecool]