Dell Inspiron Duo: Netbook and Tablet at the Same Time

Originally tablet computers were mostly convertible laptops. Last month, Dell showed off their new spin on things, and here it is in action. Surprisingly, this thing might actually hit the retail market pretty soon. 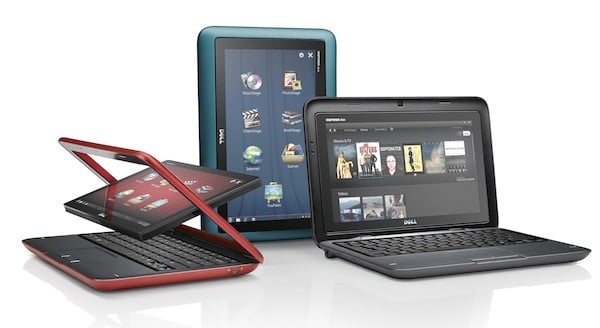 This is just a teaser video, but it’s a safe bet that this convertible netbook will make it to market. Will it be relevant? I don’t know. I’m honestly not that inspired and that’s down to one big reason: the Windows 7 OS makes for a terrible tablet environment. We’ve all seen the different demos, and tablet manufacturers need a custom OS to fully exploit the features of a touch-based interface.

For now, Apple is still king of the road when it comes to tablets. In fact, they currently dominate the market and it’s been like this since the iPad has been released. Will the upcoming releases of Asus, HP, and other manufacturers’ tablets change this? Only time will tell.