With the hoards of gadgets and hardware that comes through my house, it’s no surprise that my kids are gadget hounds and tend to ask for as many gadgets for Christmas as they do toys. My daughter really wants a digital camera, but she is not very easy on stuff. I tend to find things laying in the front yard, or stashed under the seat of her big wheel rather than in the house where they belong. 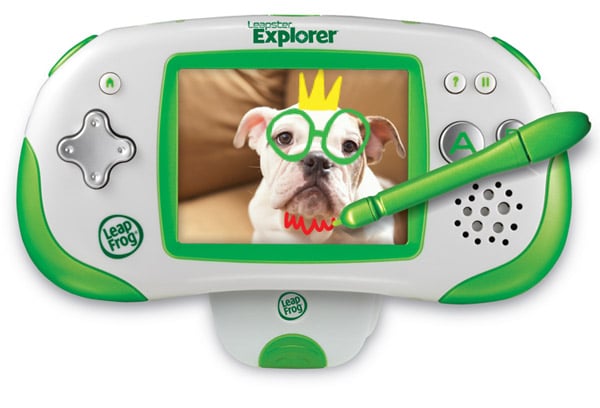 We once lost a DSi for two weeks before I thought to look in the purse she hangs from the handlebars of her scooter and I found a missing Blackberry at the same time. Mobile gaming FTW. LeapFrog knows that kids like tech and the company knows you can trick them into learning with a cool gadget. The company has a new accessory just in time for Christmas that works with the Leapster Explorer learning system.

The accessory is called the Explorer Camera & Video Recorder. It plugs into the expansion port on the bottom of the Explorer and lets the kids take photos and video of whatever they want. Photos can be drawn on using the Explorer touchscreen and can be emailed to other people or used to play games. The camera accessory sells for just $24.99 (USD) and is available right now.