I can officially say that in the 4+ years and 6675+ posts that we’ve had on Technabob, that we’ve written articles about condoms exactly twice. Now, we’ve gone and done it thrice. And one of the previous times was about a Darth Vader condom too. But that one was in French, and using Google Translator is just too much work. So here it is in English… 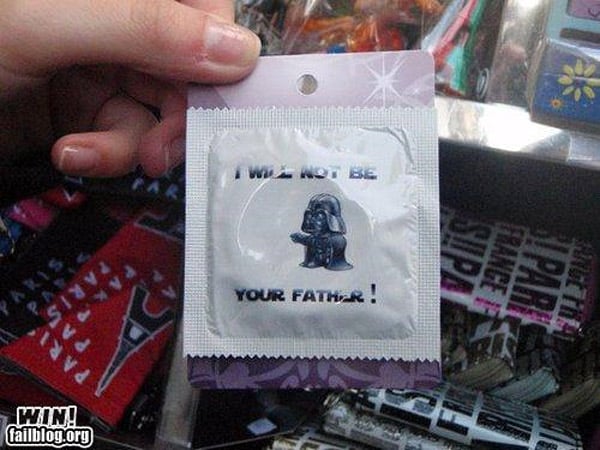 Despite being in English, it’s still impossible to tell an unborn Luke that he will not be your son. But it’s still funny.